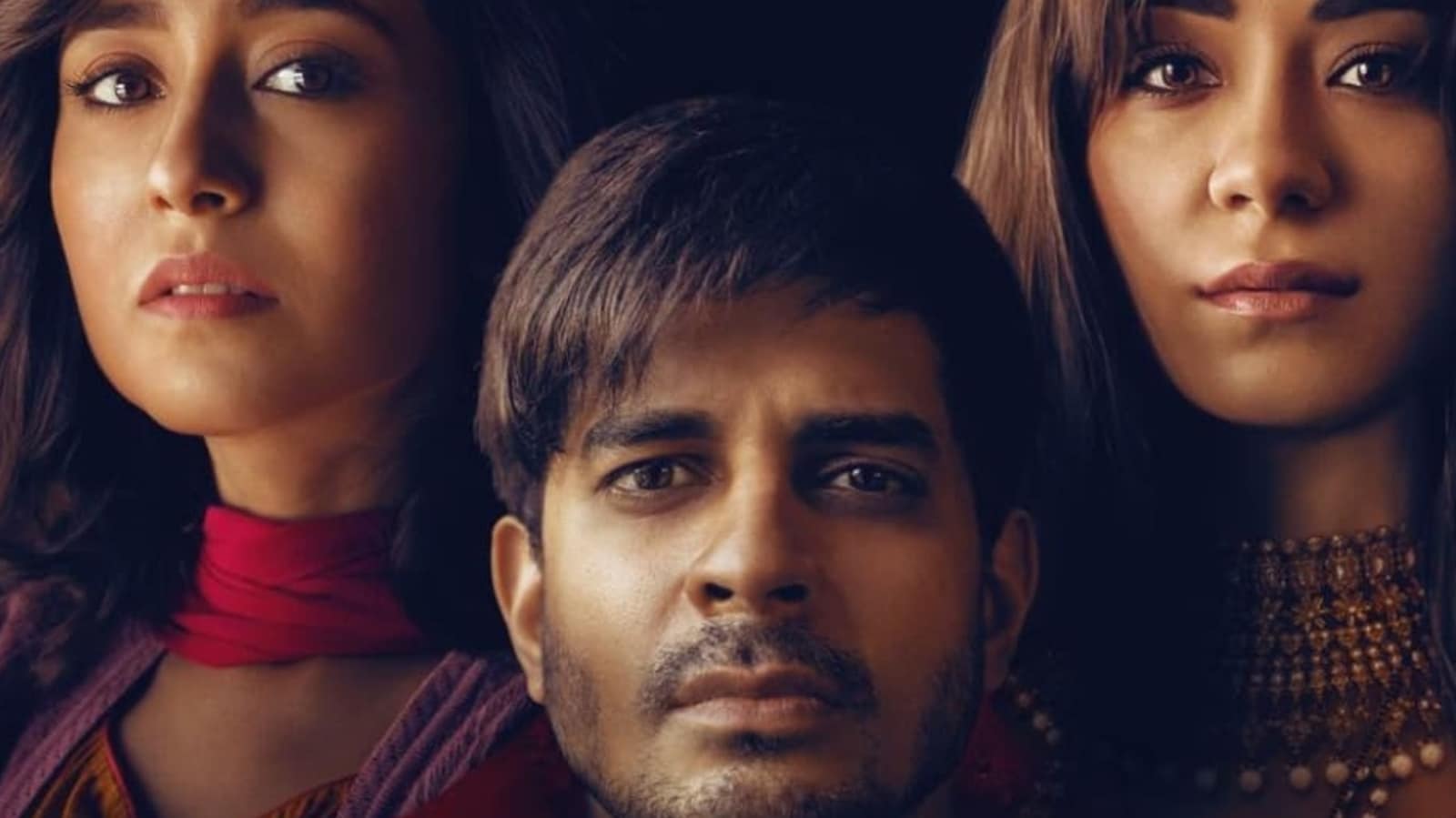 Indian cinema is no stranger to the femme fatale. From Madhubala in Howrah Bridge to Aishwarya Rai in Khakee, we have seen a wide range of top actresses play the charming seductress to perfection. What the new Netflix show Yeh Kaali Kaali Ankhein does differently is that it brings the said femme fatale to a small UP town, surrounded by the politics and violence of the hinterland.

Yeh Kaali Kaali Ankhein follows the protagonist Vikrant (Tahir Raj Bhasin), an engineering graduate who desperately wants to leave his hometown- the fictitious town of Onkara (subtle nod to Vishal Bhardwaj there). But he finds himself to be the unwanted object of attention and desire of the town’s gangster-politician’s daughter, Purva (Anchal Singh). This turns his life around as he struggles to ward off Purva’s advances and embark on his dream to start a life with his girlfriend Shikha (Shweta Tripathi).

But as interesting as the premise is, the execution falters somewhat. We have seen countless shows set in small town UP-Bihar in the last few years. It used to be refreshing to hear that dialect and see that milieu on screen a few years ago. Now, unless essential, it looks like an easy way to include grittiness in the story. The trope does work in this show to an extent but the problem is that scenes that were intended to be shocking, rarely . We have seen it all before- the murders, the politics, the cops being subservient to gangsters, the bearded henchmen.

The show does give us a refreshing take on obsessive love (or as we should probably call it, harassment and stalking) by turning the man into the victim and the woman into the aggressor. It just needed to do it a bit more intelligently. I wish the show had spent more time in showing the psyche of Purva and her obsession rather than just the random acts of chopping-up bodies.

The story is simple if not subtle. The narration by the protagonist does not do the show any favour. Sometimes, not all needs to be said and one can trust the viewers to decipher what’s happening or what the character is feeling without it having to be spelled out every 15 minutes. The show does keep you engaged though. You are genuinely interested in the characters’ arcs and what is to happen next, even if you can predict it at times.

The actors are the show’s saving grace. Tahir Raj Bhasin is convincing as Vikrant aka Vicky, the man caught between a rock and a hard place. He brings out the character’s desperation to the surface ably and carries the show on his back. Anchal Singh as show’s titular kaali kaali ankhein is a revelation indeed. She shows that the femme fatale doesn’t need long black dresses and dark red lipstick. She can look just as enchanting in a salwar suit. Full points to her and the show for that. The director chose not to objectify her while still presenting her as a temptress of sort, which is applaudable. Anchal has managed to portray a mix of vulnerability and fierceness quite effectively.

Shweta Tripathi is once again in the Golu Gupta mode as she plays a small-town educated girl caught in the middle of violence. Surely, an actor of her calibre–which she has displayed in Masaan and Haramkhor–can find more varied roles for herself. I do wish we got more of her on screen here. Her chemistry with Tahir Raj Bhasin’s Vikrant and their romance needed to be explored a bit more, considering it is one of the biggest motivations in Vikrant’s life.

The stars of the show are the folks we like to call character actors. Saurabh Shukla as the gangster-politician Akhiraj steals the show. He is menacing, powerful, and comedic at the same time. I struggle to remember when I wasn’t last impressed by a Saurabh Shukla performance. The other star, for me, is Brijendra Kala as Vikrant’s father and Akhiraj’s accountant. As the middle-aged father who is convinced his son is a good-for-nothing idiot, he is hilarious.

Yeh Kaali Kaali Ankhein manages to tell a familiar story differently but doesn’t dare to do it fully. It continues to employ the tropes that have made other shows a hit partly in a hope to ride the wave and partly to overcome the narrative’s flaws. It’s entertaining but you are left wanting more.