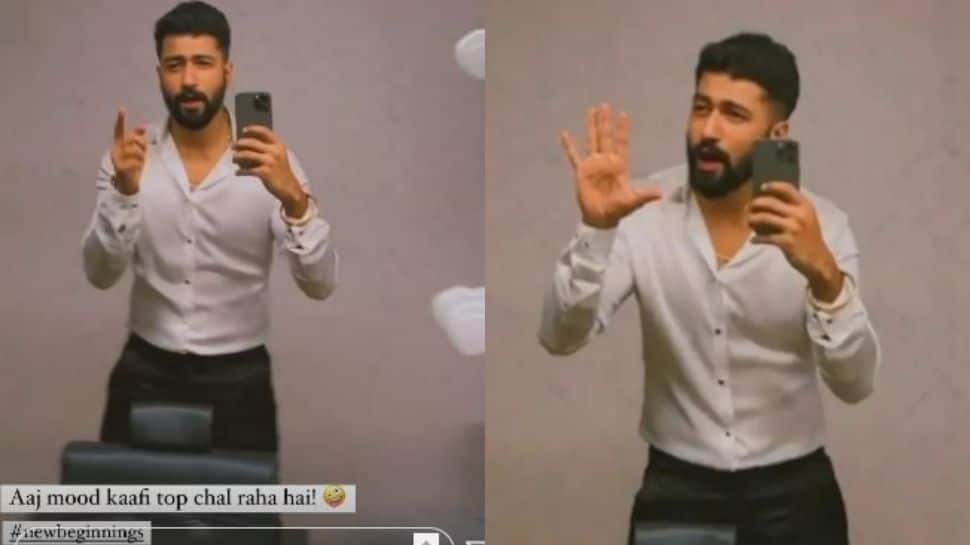 NEW DELHI: Bollywood actor Vicky Kaushal, who is known for choosing diverse projects, treated his fans to a video of him grooving to upbeat music.

Taking to Instagram on Wednesday, the ‘Masaan’ actor shared a video from his makeup room where he can be seen wearing a white shirt and black trousers.

In the video, he can be seen dancing on the beats of Hasan Raheem’s song ‘Joona’. He captioned, “Aaj mood kaafi top chal rha hai #newbeginings.”

Reportedly, the ‘Uri’ actor will soon start shooting for his next film with actor Tripti Dimri.

Apart from the yet-untitled film with Tripti, Vicky will also be seen in ‘Govinda Naam Mera’ with Kiara Advani and Bhumi Pednekar and ‘The Great Indian Family’ with Manushi Chhillar.