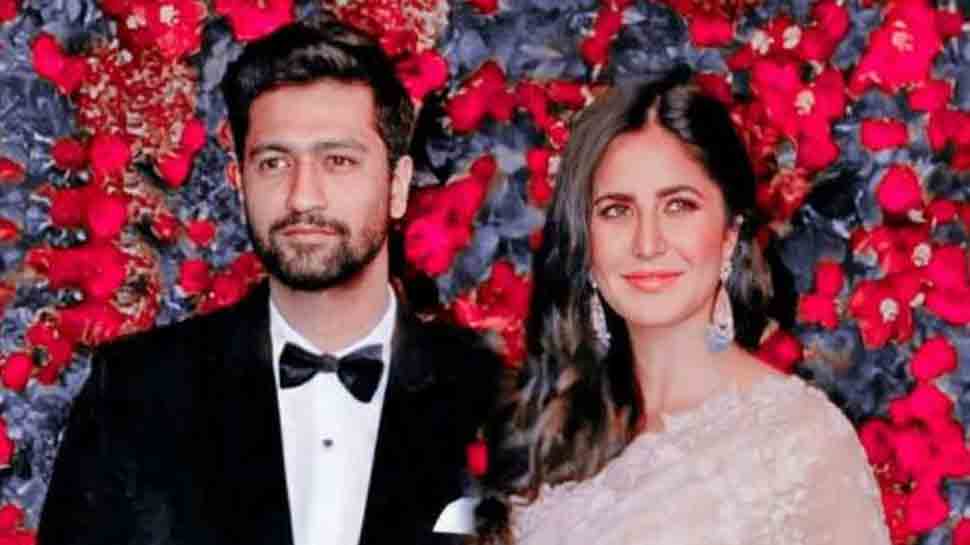 NEW DELHI: Ahead of their grand lavish wedding in December, actor Vicky Kaushal was on Monday spotted visiting his rumoured girlfriend Katrina Kaif’s house in Mumbai. The actor was snapped by shutterbugs as he arrived at Katrina’s house in his car. Vicky, who was seen in a blue tee and talking to someone on his phone, did not take his mask down.

Celeb photographer Viral Bhayani shared a video of Vicky Kaushal arriving at the Bandra residence of his rumoured bride Katrina Kaif. Meanwhile, netizens made sure to fill the comment box with some hilarious notes.

As per reports, Katrina Kaif and Vicky Kaushal are all set to tie the knot at Six Senses Fort Barwara, a luxury resort in Rajasthan, in December. But before that, the duo will have a court marriage in Mumbai. Ever since news of their wedding broke out, both Katrina and Vicky have been extremely tight-lipped and have refrained from commenting anything on it. In the last few weeks, there have been numerous speculations about the hush-hush wedding between the two parties.

Earlier this year, the couple reportedly had a ‘Roka’ ceremony at filmmaker Kabir Singh’s residence in Mumbai. Rumours are also there that the couple will have a court marriage in Mumbai before flying to Rajasthan for their grand-intimate wedding.

It is no secret that Katrina prefers to keep her personal life extremely private and away from the public glare. In fact, despite numerous reports about the two being in a relationship for the last few years, both Katrina and Vicky refrained from sharing pictures with each other on social media. Neither, they made any public appearances together.