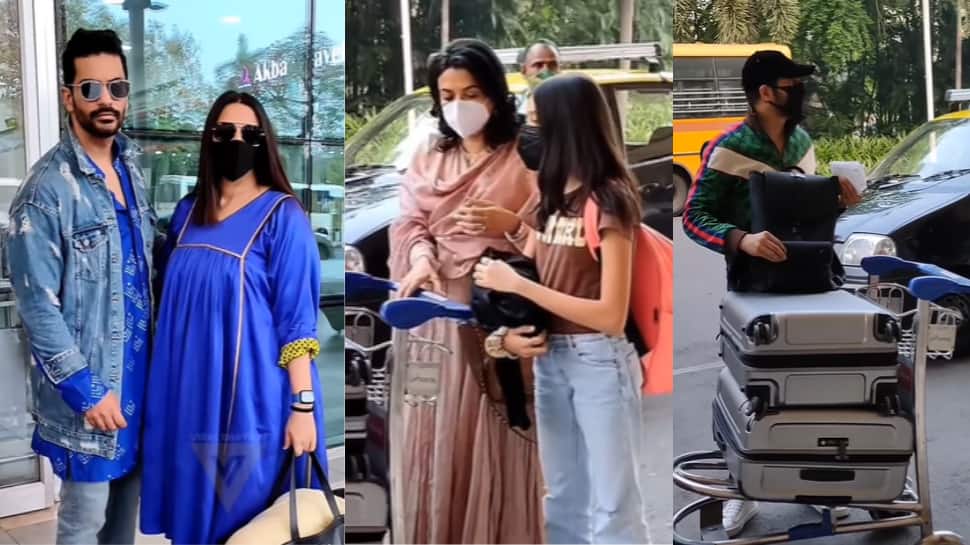 New Delhi: Festivities for the wedding of the year have begun! After Katrina Kaif and Vicky Kaushal with their families reached Six Senses Fort, Sawai Madhopur yesterday (December 6) for their impending wedding, guests have now started to fly in to Jaipur on Tuesday. Filmmaker Kabir Khan, his wife Mini Mathur and their daughter Saira was spotted at the Mumbai airport. Neha Dhupia and hubby Angad Bedi were also papped at the airport.

Check out their videos:

Katrina Kaif and Vicky Kaushal wedding celebrations will be a three days affair from December 7 to 9. The couple will have a Sangeet and a Mehndi ceremony before tying the nuptials on December 9. It is reported that only 120 guests – immediate family and very close friends to the couple, are invited for the wedding celebration. The couple plans to host a grand reception for their B-Town friends later.

It is also reported that Katrina and Vicky’s Roka ceremony was hosted by filmmaker Kabir Khan and his wife Mini Mathur at their residence in Mumbai on Diwali this year. Katrina is very close to Kabir and his family.