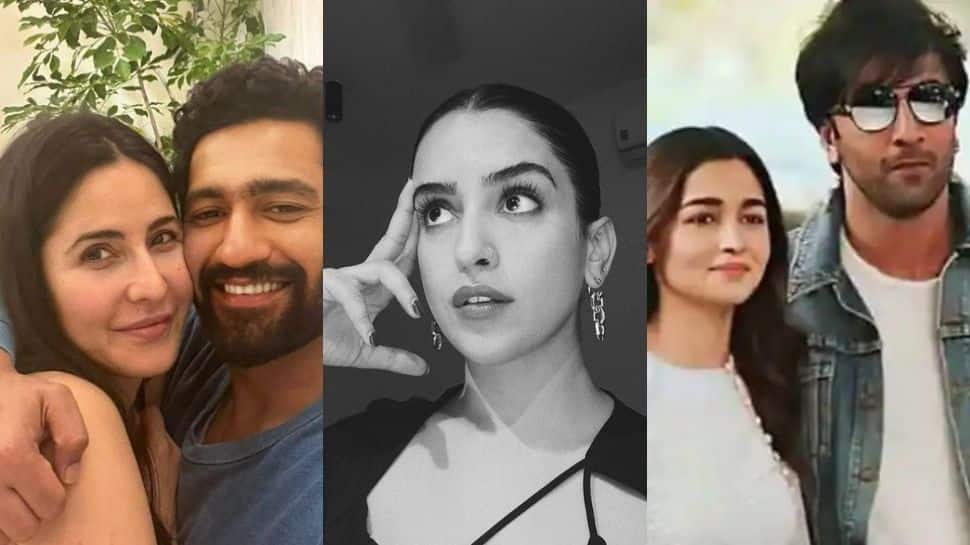 New Delhi: Dangal star Sanya Malhotra was recently put in a spot when she was asked who her favourite couple in B-Town is and the ‘better dancer’ between Hrithik Roshan and Shahid Kapoor.

The talented actress was first asked to choose her favourite couple from Ranbir Kapoor-Alia Bhatt and Vicky Kaushal-Katrina Kaif. Sanya cleverly dodged the question and said that the question itself is not phrased correctly.

She rephrased the question herself and then answered it.

Speaking to Bollywood Hungama, she said, “They are both so amazing. The question only is wrong, I will fix it. Sanya and her imaginary boyfriend or Vicky-Katrina? Vicky-Katrina.”

Sanya also successfully wiggled herself out from another question asking her to choose the better dancer from Hrithik and Shahid.

The ‘Ludo’ actress said, “No, these two shouldn’t even be the options to pick from. Both are great dancers. I should have been there as an option. Sanya or Shahid? Shahid Kapoor. Sanya or Hrithik? Hrithik Roshan.”

For the unversed, Sanya Malhotra made her film debut with the Aamir Khan starrer, sports biography film ‘Dangal’. Later, she featured in the comedy-drama Badhaai Ho alongside Ayushmann Khurrana.

Sanya was nominated for the Filmfare Award for Best Actress (Critics) for her role in the film ‘Photograph’ in 2019.

In 2020, she again won the hearts of fans with her performance in ‘Ludo’ and ‘Shakuntala Devi’.

She was last seen in Meenakshi Sundareshwar, a Netflix original film. The actress will next be seen in ‘Love Hostel’ alongside Vikrant Massey.