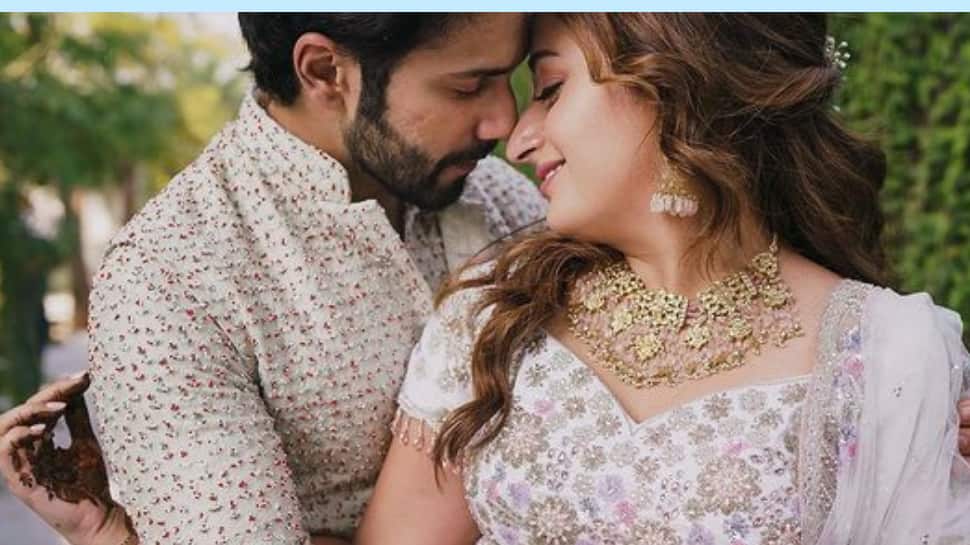 Mumbai: It’s been a year since actor Varun Dhawan tied the knot with his girlfriend Natasha Dalal and the lovebirds are celebrating their first wedding anniversary on Monday. To mark the special day, Varun took to his Instagram handle and shared three posts with lots of pictures from the wedding festivities.

In the first one, he posted pictures from the wedding ceremony in which they can be seen dressed in coordinated ivory-and-gold outfits.The next post captured the fun and frolic from the Haldi ceremony.

In captions of both, he wrote, “1 love (heart emoticon).”

He penned the caption, “1 love (heart emoticon). To infinity and beyond – buzz lightyear.”

The couple got hitched in a private affair that took place at The Mansion House, an exotic beach resort in Alibaug, Maharashtra.

Varun and Natasha have reportedly known each other since their school days. The two fell in love when they met at a music concert, years later. The duo had always kept their relationship low-key.Varun publicly acknowledged that he is dating Natasha when he posted a photo featuring himself with his girlfriend on her birthday in 2019.