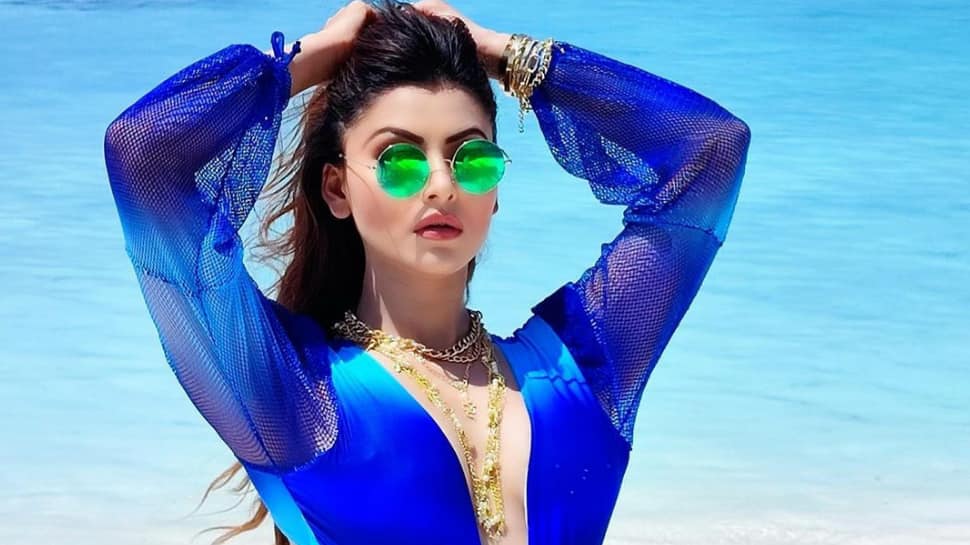 New Delhi: Actress Urvashi Rautela broke the internet with her latest pictures in a sizzling deep blue colour monokini. The former Miss Diva Universe shared a glimpse from her luxurious trip to the Maldives for her birthday while relaxing on the beach. “I feel born again when I get out of the ocean #familyVacay,” she captioned her post.

In the photos uploaded by Urvashi, she turns out to be a mermaid, as she opted for the Mesh Spandex blue one-piece full sleeves monokini with a sexy cutout while flaunting her bikini-perfect curvaceous body.

The actress also opted for minimal makeup with pink lipstick and neon green glares. She also accessorised herself with a fusion mask chain with bracelets around her hand.

Urvashi will next be seen in the Jio studios web series ‘Inspector Avinash’ opposite Randeep Hooda in a lead role. She will also play the lead role in a bilingual thriller ‘Black Rose’ along with the Hindi remake of ‘Thiruttu Payale 2’. Urvashi will also be making a Tamil debut with ‘The Legend’ opposite Saravana and has also signed a three-film contract with Jio Studios and T-Series.