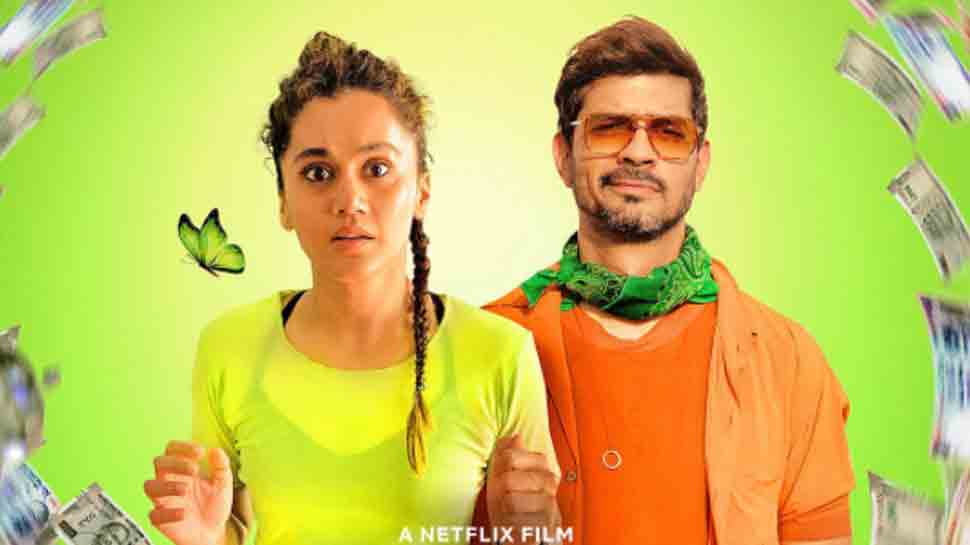 NEW DELHI: Netflix’s highly anticipated comedy-thriller film ‘Looop Lapeta’ premiered on February 4, 2022 and it is everything the cast had promised! The film is a crazy ride of a girlfriend, Savi, played by Taapsee Pannu, trying to save her lover, Satya (Tahir Raj Bhasin) from a series of fortunate and unfortunate events with a plotline as twisted as time itself.

Since its release, ‘Looop Lapeta’ has been trending on #1 in Films in India and in the Top 5 Non English Films worldwide on Netflix. The film has received tremendous love and appreciation from critics and audiences. It has also been on the top 10 in films in 10 countries on Netflix including India, UAE, Sri Lanka, and Bangladesh.

Speaking on the success of ‘Looop Lapeta’, Taapsee shared, “I was so excited for this film to release, as the concept is something that Bollywood hasn’t seen before! When I got the script, I knew it would be something so different and I couldn’t wait for the audience to see it. To see the film trending in India and internationally and being loved by audiences everywhere is a proud moment indeed. I am very happy for all the love coming our way for the film!”

Talking about his excitement, Tahir Raj Bhasin shares, “My second release on Netflix within a month only adds to my happiness! I am so glad to see that Looop Lapeta is trending on #1 in Films in India on Netflix and in 10 countries around the world. The love for the film continues to grow and I couldn’t be more grateful that my work has been liked by people not just in India but around the world!”

The film is produced by Sony Pictures Films India, Ellipsis Entertainment along with Aayush Maheshwari. It is directed by Aakash Bhatia with Taapsee Pannu and Tahir Raj Bhasin in lead roles.