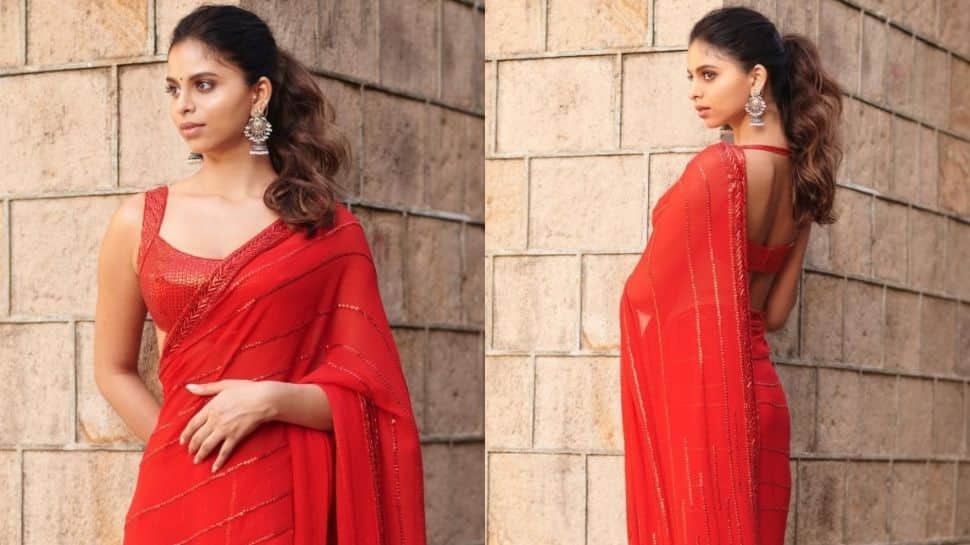 In the pictures, Suhana can be seen in one of his newest collections where the diva was seen flaunting herself in a bright red saree.

As soon as he shared the pictures on his social media handle, the pics went viral and loved by everyone.

For the photoshoot, Suhana opted for a bright red saree with a matching blouse. She kept her hair tied in a ponytail and completed her look with a minimal make-up.

While the world was drooling over her pics, it was her mother Gauri’s comment which caught everyone’s attention.

Later in the day, Suhana also shared one pic of hers from the photoshoot and has been loving the attention which she is getting for her new look.

Recently, Suhana and her brother Aryan Khan has returned from Bengaluru where the Indian Premier League player auctions were held. The two represented their father SRK, who owns the Kolkata Knight Riders team.