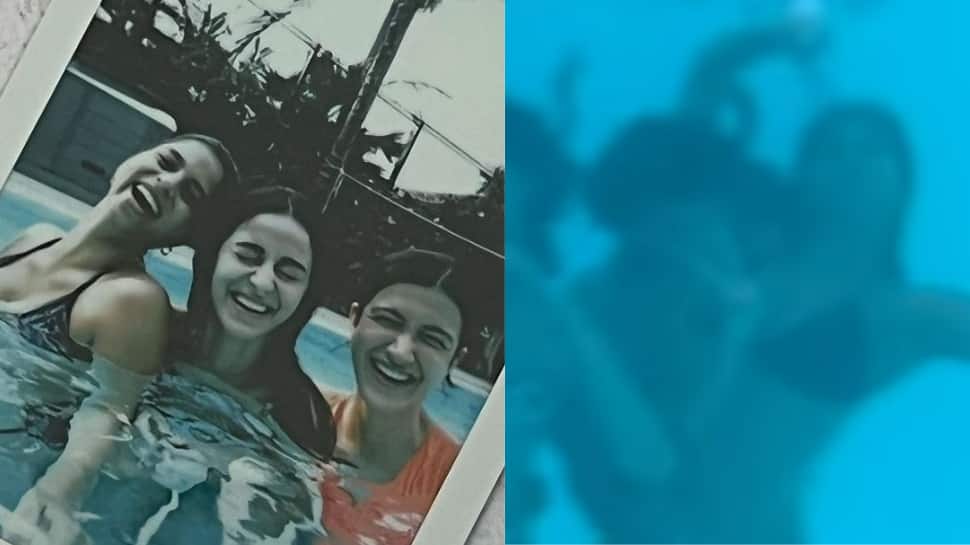 Sharing a photo and video of the same on Instagram, Ananya Panday wrote, “where there is a woman, there is magic grateful to be surrounded by so much magic #WomensDayEveryday”. Suhana commented on the post and wrote, “Love uuuu”.

In the polaroid photo’s picture shared by the ‘Gehraiyaan’ actress, she, Suhana and Shanaya can be seen smiling from the camera, from inside the pool.

The video features Suhana hugging AbRam while swimming. Ananya and Shanaya were also swimming with them.

Shanaya Kapoor also shared the videos of the same and captioned her post, “pool day with my favs”.

Just like Ananya, Shanaya and Suhana are also going to enter Bollywood.

Shanaya Kapoor is all set to make her debut with Karan Johar’s ‘Bedhadak’. Sharing a poster of the same on Instagram, she wrote, “A new era of love is filled with passion, intensity & boundaries that will be crossed! Presenting #Bedhadak where I get to share the screen with my suave co-actors, Lakshya & Gurfateh – directed by the one and only Shashank Khaitan”.

As for Suhana Khan, it is speculated that she will make her acting debut with Zoya Akhtar’s Archie’s Comic reboot, which will stream on Netflix. Janhvi Kapoor’s younger sister Khushi Kapoor and Amitabh Bachchan’s grandson Agastya Nanda are also expected to make their debut in the Archie’s series.