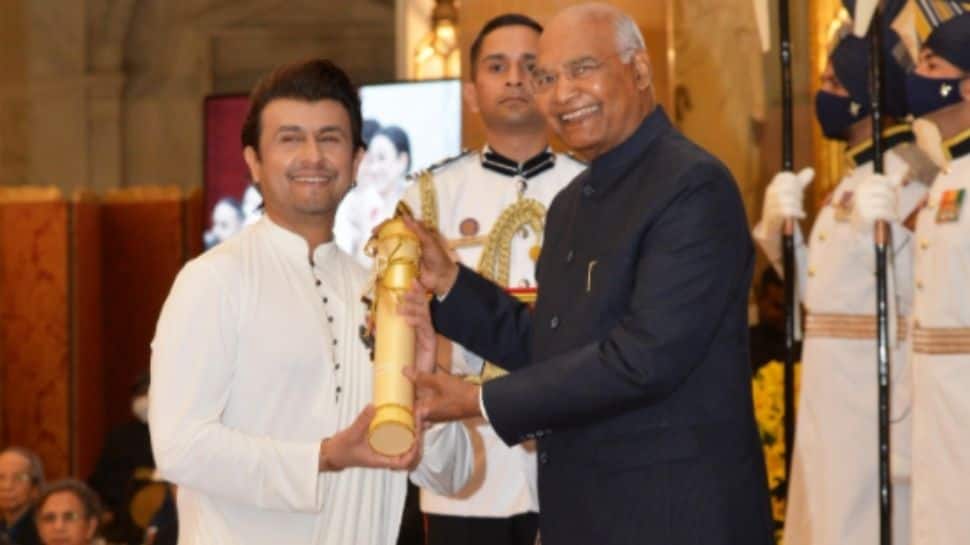 The President presented Padma awards for 2022 at the Civil Investiture Ceremony-II at Rashtrapati Bhavan today.

Nigam, a popular and successful playback singer of Hindi Cinema, is also a recipient of several accolades, including a National Film Award his singing of the title track of the 2003 romantic film ‘Kal Ho Naa Ho.’

President Kovind presents Padma Shri to Shri Sonu Nigam for Art. A well-known singer and music director, he has sung over 6,000 songs in more than 28 languages. pic.twitter.com/mwONZAyJ9I

Thirty-four of the awardees are women and the list also includes 10 persons from the category of Foreigners/NRI/PIO/OCI and 13 posthumous awardees.

The Padma Awards are announced annually on the eve of Republic Day.