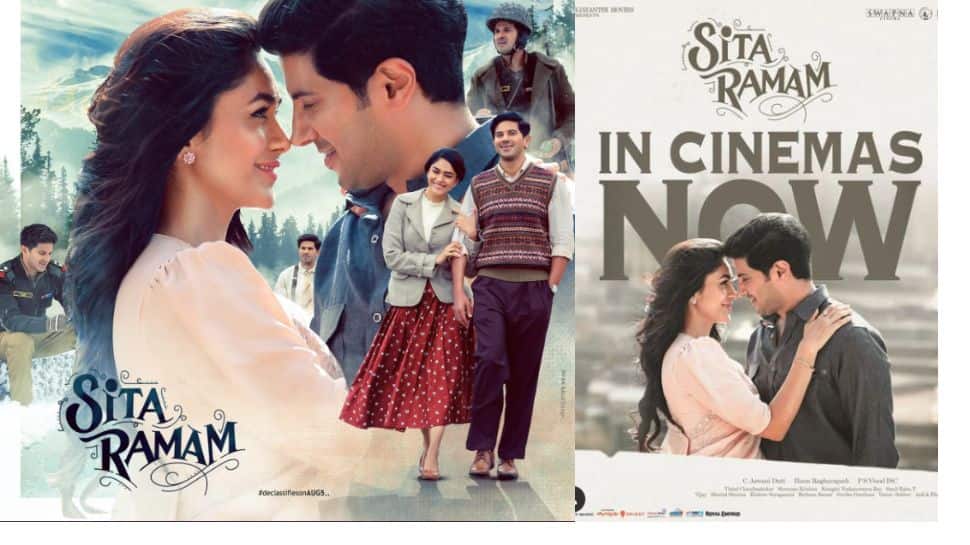 New Delhi: South film ‘Sita Ramam’ which has been making quite a buzz since its trailer dropped has opened in theatres today. The movie starring Dulquer Salman, Rashmika Mandanna and Mrunal Thakur in the lead roles has already got the fans falling over it. Twitterati who went for opening shows are praising the movie and they took to social media to share their reviews of the film.

Music & BGM will be remembered for long

Congrats All @dulQuer kunjikka @mrunal0801 you stole our heart @hanurpudi you’re a hero sir And Thanks To All Audience And Fans#SitaRamam #DulquerSalmaan pic.twitter.com/OzoIsRxe5U
— DQ (@DQ01498123) August 5, 2022

These are just some of the reactions from the fans, and adding to that the early reviews from critics have also been positive for the movie. Sita Ramam is a romantic drama that tells the story of Sita and Rama’s love affair. It is set against the backdrop of wars in the 60s.

The film marks the debut of Mrunal Thakur in South films.