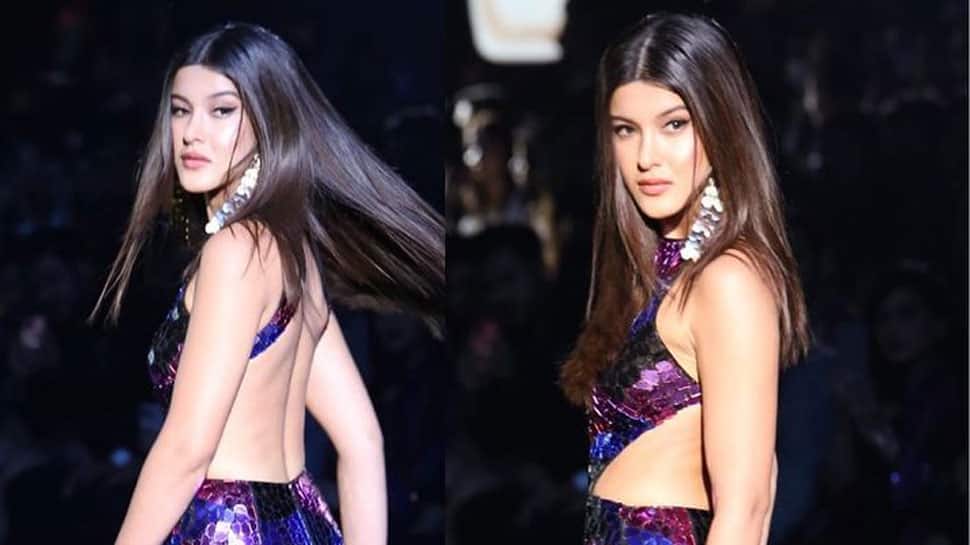 Shanaya looked confident and stunning as she walked the ramp in a bright purple-pink shimmery bodycon backless dress with a high slit. Several fan pages shared videos of her perfect ramp walk along with Siddhant Chaturvedi posing for shutterbugs. Take a look here:

Cheering the debutant on the ramp, mommy Maheep Kapoor and cousin Janhvi Kapoor were seen sitting on the front row as keen watchers. Ace designer Manish Malhotra also posed for the cams and dropped pictures on his Instagram.

She is all set to make her big Bollywood debut with the film titled ‘Bedhadak’. It is presented by Karan Johar and helmed by Shashank Khaitan. Sharing the update, Shanaya took to Instagram and unveiled her first look from the film.

Shanaya has worked as an assistant director in cousin and gen-next star Janhvi Kapoor’s ‘Gunjan Saxena: A Kargil Girl’ biopic. The young star kid is uber fashionable and sets style statements with her outfits.