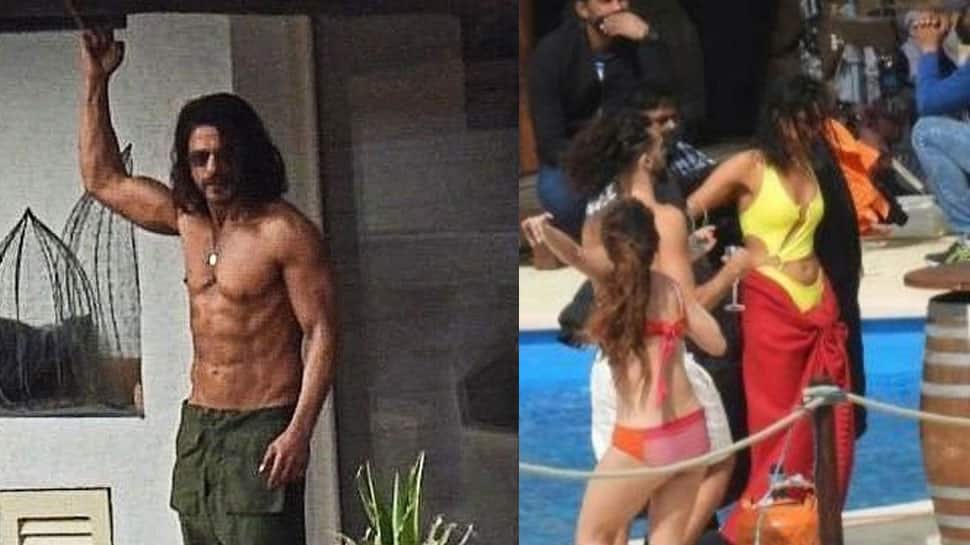 New Delhi: The Badshah of Bollywood, Shah Rukh Khan has taken the internet by storm after a few of his shirtless pictures from Spain were leaked online. The superstar, who is busy shooting for Pathaan there, can be seen flaunting his 8-pack abs in the photos, bringing back Darde-Disco vibes.

Shah Rukh Khan’s shirtless pictures created a flutter on social media and fans couldn’t keep calm. In fact, in some of the leaked pictures, actress Deepika Padukone can also be seen donning a stunning beachwear on Pathaan sets in Spain.

Pathaan is being directed by ‘WAR’ filmmaker Siddharth Anand. The Yash Raj Films (YRF) backed actioner features SRK, John Abraham and Deepika Padukone in lead roles. This is going to be Shah Rukh’s comeback film after a hiatus of three years since Zero was released back in December 2018.

Look at his body #ShahRukhKhan  Storm coming on 25.01.23 All Past Record Shattered !!#ShahRukhKhan #Pathaan pic.twitter.com/PdWyQIdC6f

Deepika and SRK spotted shooting for #Pathaan in Spain.

‘Pathaan’ is all set to release ahead of Republic Day 2023. SRK announced the release date in a social media post sometime back. The movie will hit the screens on January 25, 2023.

The spy thriller film is also said to have Salman Khan’s cameo. Apart from ‘Pathaan’, Shah Rukh will also be seen in untitled films by directors Atlee and Rajkummar Hirani.