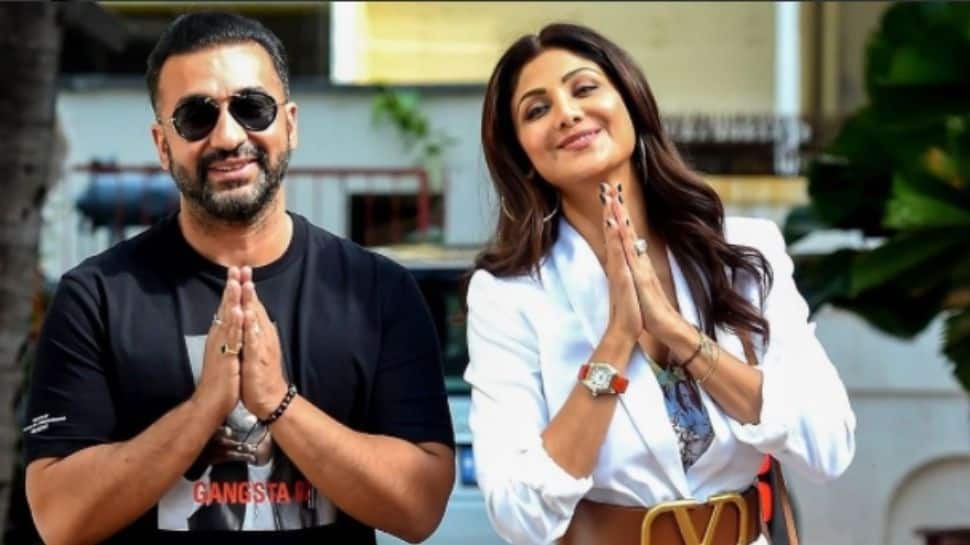 New Delhi: Businessman and Shilpa Shetty‘s husband Raj Kundra was spotted by paps on Saturday (December 19) with his son Viaan. The controversial figure was papped stepping out of Bastian, a restaurant in Bandra, Mumbai while holding his son’s hand.

While Raj wore a black hoodie and jeans, Viaan opted for an olive green-grey attire. This marked Raj’s third public appearance after he got bail in creation of pornography case.

Take a look at the photos:

Earlier, Raj Kundra was spotted at the airport, yet again in a black hoodie and seemed to be hiding his face from the paps. Before that, he was clicked with Shilpa Shetty at a temple in Dharamshala.

Meanwhile, Shilpa Shetty has flown to Jaipur to attend a friend’s wedding and reportedly Salman Khan and Anil Kapoor are also expected to attend the big fat Indian wedding.

For the unversed, Raj Kundra was arrested in July with 11 other people on charges related to the alleged creation of pornographic films.

In fact, he was named as the key conspirator in the case of creating and publishing pornographic films. After spending two months in jail, Kundra was granted bail on September 20 by a Mumbai Court in the case on a surety of Rs 50,000.

Kundra has made a low profile ever since he came out on bail.