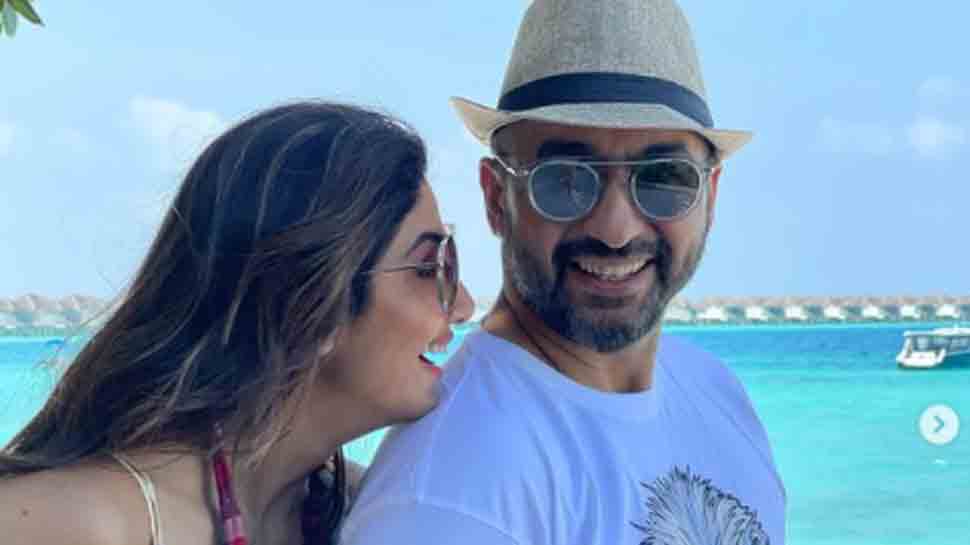 NEW DELHI Bollywood couple Shilpa Shetty and Raj Kundra, who recently celebrated their wedding anniversary with with a cosy dinner, were on Thursday (Nov 25) snapped at the Mumbai airport. Raj Kundra, who has been maintaining a low profile ever since his arrest in pornography case in July this year, was seen hiding his face from paparazzi with his hoodie.

Kundra, who was dressed in a black hoodie and denim, did not pose for the shutterbugs and rushed towards the entry. On the other hand, Shilpa was seen in a casual formal outfit. She completed her look with a black handbag, statement jewellery and white sneakers. She had her makeup minimal. While both Raj and Shilpa arrived at the airport in the same car, they were seen making separate entries.

Celeb photographer Viral Bhayani shared a video from the airport featuring Shilpa and Raj. Meanwhile, a section of people trolled the couple over the recent controversy.

In July, Raj Kundra was arrested in a case about the alleged creation and publishing of pornographic films on mobile applications. He was granted bail in September. He has maintained a low profile ever since and also deleted his social media accounts.

Raj Kundra was arrested by police on July 19 along with 11 other people on charges related to the alleged creation of pornographic films. In September, he was granted bail by a Mumbai Court in the pornography case on a surety of Rs 50,000.

A few days ago, Shilpa celebrated her 12th wedding anniversary with Raj. On the occasion, she posted a collage of their unseen wedding photos with a caption that read, “This moment and day 12 years ago, we made and continue to fulfil a promise; of sharing the good times & bearing the hard times, of trusting in love & God to show us the way… side by side, day by day 12 years and not counting… Happy Anniversary, Cookie! Here’s to many more rainbows, laughter, milestones, and our prized possessions… our children. Heartfelt gratitude to all our well-wishers, who have been with us through thick and thin.”

Shilpa was last seen as a judge of ‘Super Dancer Chapter 4’. She is now judging the reality show ‘India’s Got Talent’ with Kirron Kher, Badshah and Manoj Muntashir. The show will start airing soon. Her upcoming film releases include ‘Nikamma’ where she stars alongside Abhimanyu Dassani and Shirley Setia.