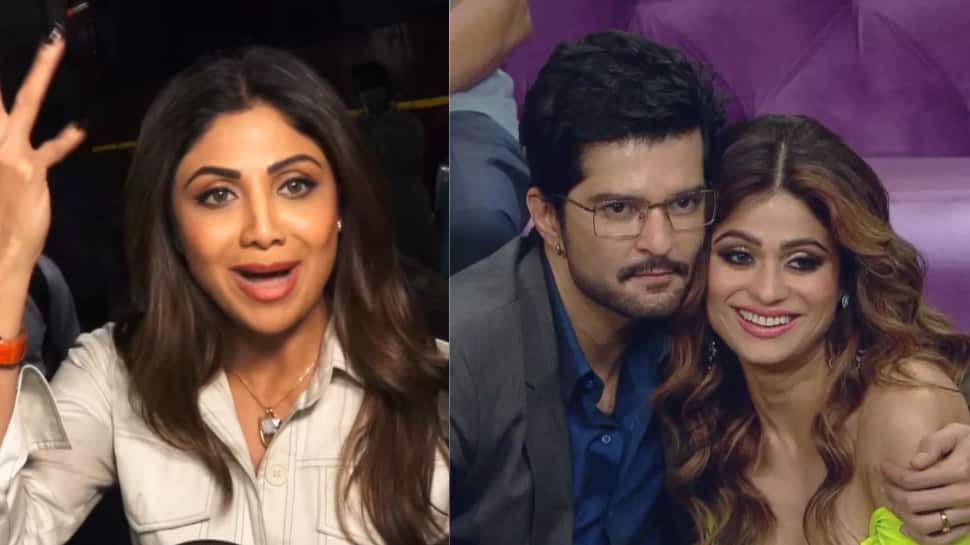 New Delhi: Actress Shilpa Shetty, who was constantly rooting for her sister Shamita Shetty to win the coveted Bigg Boss 15 trophy reacts to her elimination during the finale. Shamita became the third runner-up, while Tejasswi Prakash emerged as the winner, Pratik Sehajpal as the first runner-up and Karan Kundrra as the second runner-up. Spotted outside Bigg Boss 15 finale sets, Shilpa was asked by paparazzi about Shamita’s eviction after getting so close to the trophy. The actress gracefully responded and said ‘God is great’ and placed her trust in his plans.

Later, the paps also tried to know Shilpa’s views on Tejasswi Prakash’s win, but by that time the actress sat in her car and didn’t take questions.

Shamita Shetty was also spotted outside the Bigg Boss house with boyfriend Raqesh Bapat. She smiled at the media and thanked everyone for their support. Raqesh held Shamita protectively and also gave her a peck on a cheek.