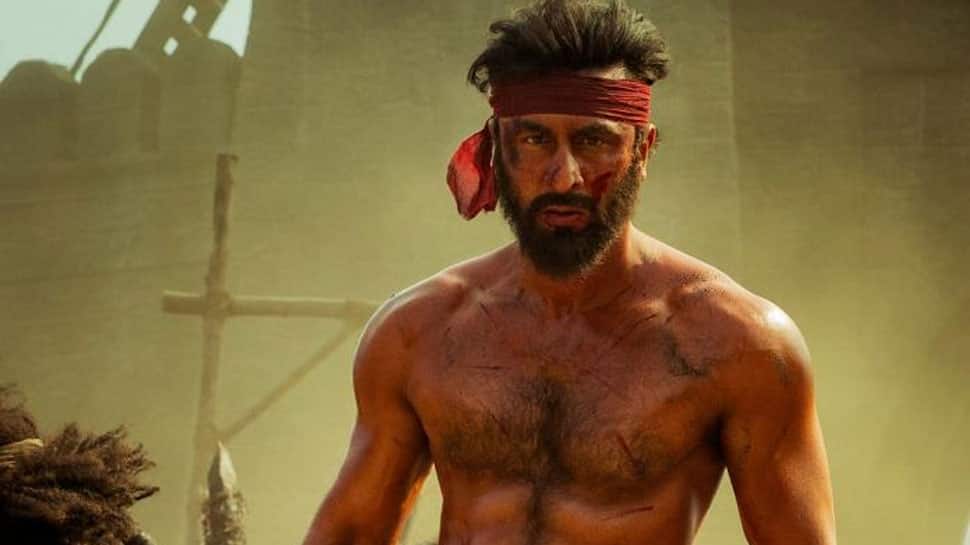 New Delhi: Superstar Ranbir Kapoor’s latest outing ‘Shamshera’ has witnessed a slow start at the Box Office on Day 1. The film features Ranbir in a double role with Sanjay Dutt and Vaani Kapoor in lead roles. The period drama opened in cinemas on July 22, 2022.

The period drama Shamshera has been directed by Karan Malhotra.

Earlier while talking to Zee News Digital, Ranbir Kapoor reflected on how he has broken his boy-next-door image with Shamshera and doesn’t want to fall in ‘comfort zone’. He said, “I think this comfort zone is a very dangerous role for an actor. Like how you said, max I have been typecast as a lover boy, coming of age roles. So I would have fallen into that trap especially at this time of my career, after 15 years ki main vo typecast hoke ki audience bolti ki nahi isko hum bas lover boy ke role mein accept karenge. So I think har actor ka farz hota hai…before you get bored of yourself before the audience gets bored, you have to keep changing. I have so many legends before me – the three Khans, Akshay Kumar, Sanjay Dutt, and Ajay Devgn they have had a career which spanned more than 35-40 years and it only happened because they constantly reinvented themselves. You see an Amitabh Bachchan, and as a matter of fact, my father, the kind of roles he did- at one point in time Karan offered him an Agneepath and he did a Rauf Lala. So, as an actor you have to surprise yourself and the audience constantly. Challenge yourself, never be in a comfortable place because that will just make you lazy and people will get bored of you.”

Besides Shamshera, Ranbir will be seen in Ayan Mukerji’s ‘Brahmastra’ with wife Alia Bhatt, who is expecting their first child. The film is set to release on September 9, 2022.