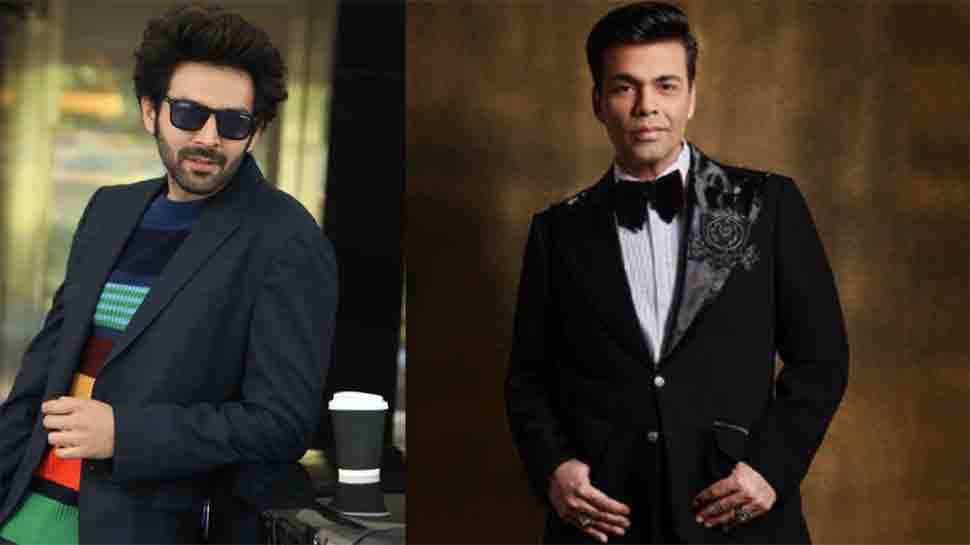 New Delhi: Filmmaker Karan Johar had in 2019 announced the sequel to 2008 blockbuster ‘Dostana’ with Kartik Aaryan, Janhvi Kapoor and Lakshya in lead roles. The film went on floors in Amritar in 2019, but the shooting was stopped in March 2020 due to the COVID-19 lockdown in India. It was then scheduled to resume filming in April 2021. However, Kartik Aaryan walked out of the film due to creative differences with makers.

Buzz was there that Karan Johar and Kartik Aaryan had a massive showdown that led to the actor’s exit from the project. Later, the filmmaker shared that the new cast of the film will be announced soon. It was reported that Akshay Kumar might replace Kartik and the all the scenes featuring Kartik would be reshot again. However, if the latest buzz is to b believed, the film has been shelved for now.

About Kartik’s exit from the film, several reports alleged that the actor kept delaying the remaining shoot of the film and behaved unprofessionally. However, there were several reports that he was instead dissatisfied with the second half of the film’s script and had asked for rewrites, which brought him into conflict with producer Karan Johar, who didn’t understand Aaryan’s complaints since the latter had read the script before signing on and had appeared to have no qualms about the script then.

BollywoodHungama quoted a source saying, “There was a strong buzz all across that ‘Dostana’ would be completely reshot with slight tweaking in the script. There was also a talk about Karan Johar approaching his close friend, Akshay Kumar to step into Kartik’s shoes. However now, there is a very strong buzz in the industry that Dostana 2 has been put on the backburner completely.”

It added, “He tried to revamp the film, but when things were taking longer than expected, he decided to put Dostana 2 on hold completely. Janhvi is now doing a film with Sharan Sharma, whereas Lakshya is doing a film with Shashank Khaitan. Akshay on the other hand teams up with Raj Mehta. And with this, Karan has put Dostana 2 silently under the shelf, hoping that it sees the light of day sometime in future.”

Speaking of Kartik Aryan, the source told the website that the actor has moved on and is busy with films like ‘Bhool Bhulaiyaa 2’, ‘Freddy’, and ‘Captain India’ among others.”