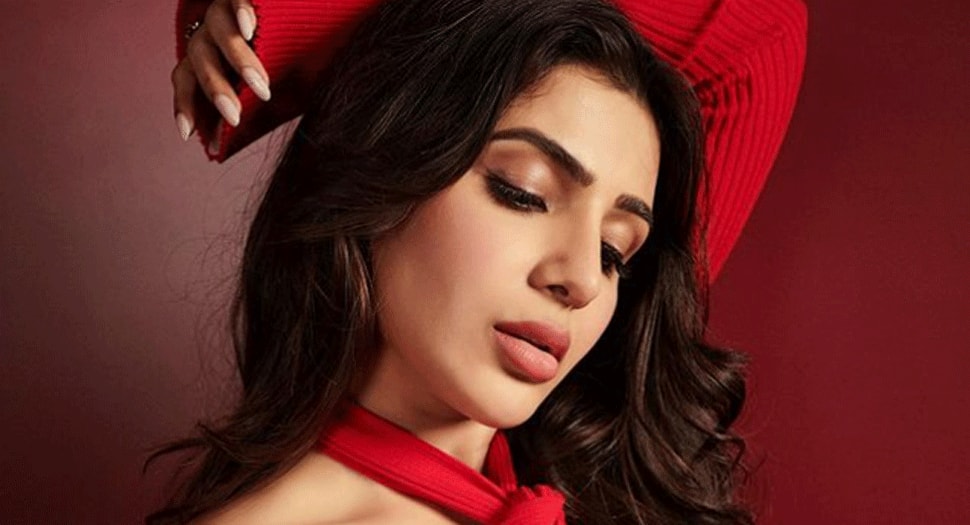 MUMBAI: Southern actress Samantha Prabhu along with Bollywood superstar Akshay Kumar will be seen gracing the couch on Karan Johar’s chat show ‘Koffee with Karan Season 7’ in the latest episode. The two will be seen entertaining the audience with their amazing humour and outstanding chemistry. On the show, the two actors were seen speaking about their respective journeys in the film industry and also shed light on their personal lives.

Samantha, who announced her separation from husband Naga Chaitanya last year, called the reports that suggested she took an alimony of Rs 250 crores from her ex-hubsand Naga Chaitanya ‘made up’. She said that it was the most bizarre statement she heard in news reports about her divorce with Naga that she demanded Rs 250 crore as alimony. She joked that she waiting for IT officials to raid her residence after the reports on her ‘250 crore alimony’ surfaced on the internet.

Samantha also corrected the host when he addressed Naga Chaitanya as her ‘husband’. She intervened and said ‘ex-husband’.

.@akshaykumar sir lifting @Samanthaprabhu2 in his own Trademark Style on #KoffeeWithKaranS7

On her divorce and making it public, she said, “I could not complain about it as I chose to reveal a lot of my life to the public. When the separation happened, I could not be too upset about it because they invested in my life and it was my responsibility to have the answers, which I didn’t have at that point. I came out of it ok.”


– love samantha for this,he tried to look sophisticated but queen ended him up __

@Samanthaprabhu2 Is such a Sweetheart & Sharing her Lovable bond with #Nayanthara __ @karanjohar She is not far in your list coz Your list is full of Nepo-Products which doesn’t deserve any arguements and discussions. #KoffeeWithKaran #LadySuperStar pic.twitter.com/TDUXGT871Z
— A. (@ursavian) July 21, 2022


Samantha Ruth Prabhu and Naga Chaitanya, who worked together in films like ‘Manam’, ‘MajiliYe Maaya Chesave’ and ‘Autonagar Surya’, got married in 2017 after dating each other for several years. However, in Octoer 2021, the duo broke hearts of millions of their fans after they announced their separation on social media in a joint statement.

“To all our well-wishers. After much deliberation and thought Sam and I have decided to part ways as husband and wife to pursue our own paths. We are fortunate to have a friendship of over a decade that was the very core of our relationship which we believe will always hold a special bond between us. We request our fans, well-wishers and the media to support us during the difficult time and give us the privacy we need to move on. Thanking you for your support,” their statement read.