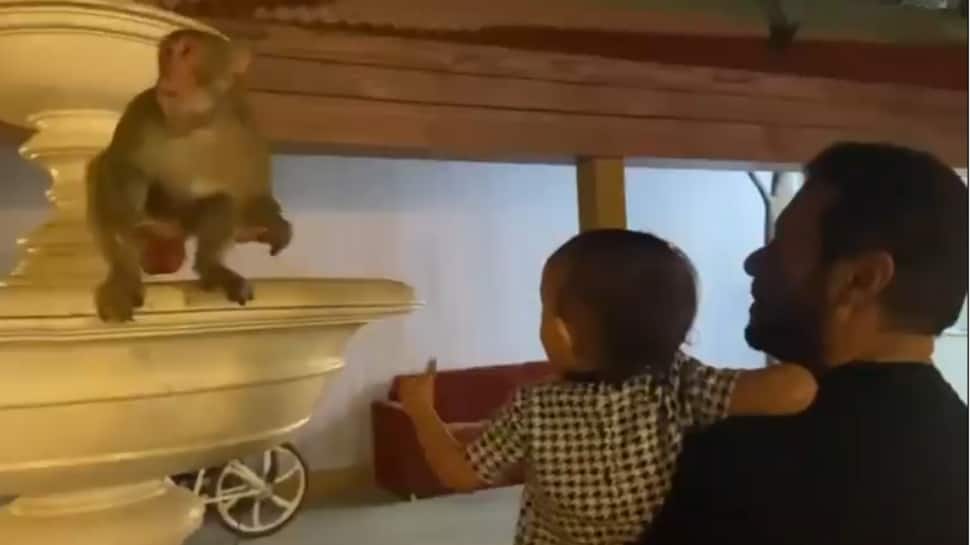 New Delhi: Superstar Salman Khan is known for his ‘Dabangg’ personality and large-heartedness. The actor doesn’t seem to be afraid of monkeys. In a video shared by Salman on Instagram, he can be seen feeding monkeys. The actor later carried his sister Arpita Khan and brother-in-law Ayush Sharma’s toddler Ayat Sharma in his arms and made her feed bananas to the monkeys. Little Ayat immensely enjoyed the activity and can be gleefully chuckling in the video.

Check out the adorable video:

This is not the first time the actor shared a video of himself feeding monkeys. In 2019, Bhaijaan shared a video of himself giving a monkey water in a plastic bottle which the latter denied. The actor later returned with a glass and offered the wild animal water again, which it now drank. “Hamara bajrangi bhaijaan plastic ki bottle se paani nahi peeta . .(Our bajrangi bhaijaan doesn’t drink water from plastic bottle),” Salman had captioned his post.

The actor will next be seen in ‘Antim: The Final Truth’ along with Aayush Sharma – who plays the antagonist in the movie. The thriller is directed by Mahesh Manjrekar. And is a remake of hit Marathi crime drama Mulshi Pattern. The film releases in theatres on November 26.