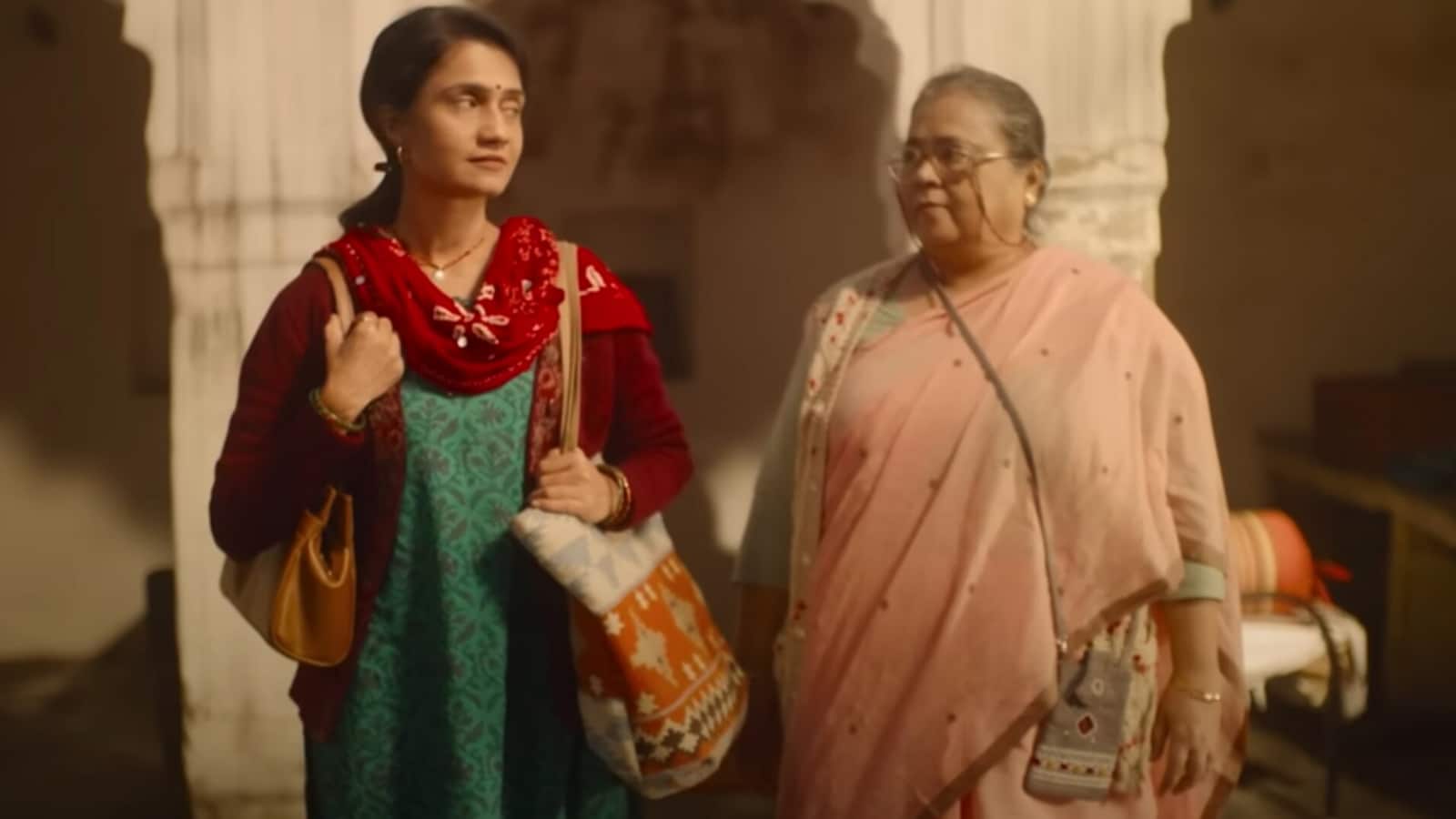 The first trailer of Saas Bahu Aur Achaar Pvt Ltd is out, and it offers a glimpse into the world of Suman – a woman struggling to establish her pickle business. The film also stars Anup Sonii opposite Amruta. The film will premiere on ZEE 5 on July 8. (Also read: Amruta Subhash is ‘grateful that filmmakers are not slotting’ her as an actor)

Amruta Subhash plays the lead role of Suman in the film. The trailer opens with a palm reader telling a woman that she does not have the “shani rekha” the Saturn line in her palm. We then get to see Amruta’s Suman. A middle-aged woman, clad in printed salwar-suit-dupatta set who is visiting him with her mom-in-law.

We are soon introduced to the problems of her life – she was trained to “serve” the charming man who would take care of everything else in life. However, she is now left to deal with a violent husband who has an affair, and also insults her for not being able to earn money. Suman takes it as a challenge and the rushes then show us her struggles to establish a business of homemade pickles.

After her own daughter asks her to give up, she finds the best support in her mom-in-law. Yamini Das essays the role of the old woman who is full of energy and enthusiasm for her daughter-in-law. Towards the end, Suman has the best line that she says to the palm reader, “Everyone has a pre-written destiny, shall we stop trying and making efforts? Mere mahadev yea toh mere liye raasta badal denge , yea fir manzil badal denge (My God will either change my path or my destination).”

The backdrop of the trailer offers the perfect peek into a small town, middle-class family. The close-ups shots of mango pickles being prepared looks tempting as well.

Directed by Apoorv Singh Karki, the film comes from the makers of famous web show Panchayat – TVF. Within 24 hours of the trailer release, it has garnered 1.8 million views on YouTube.