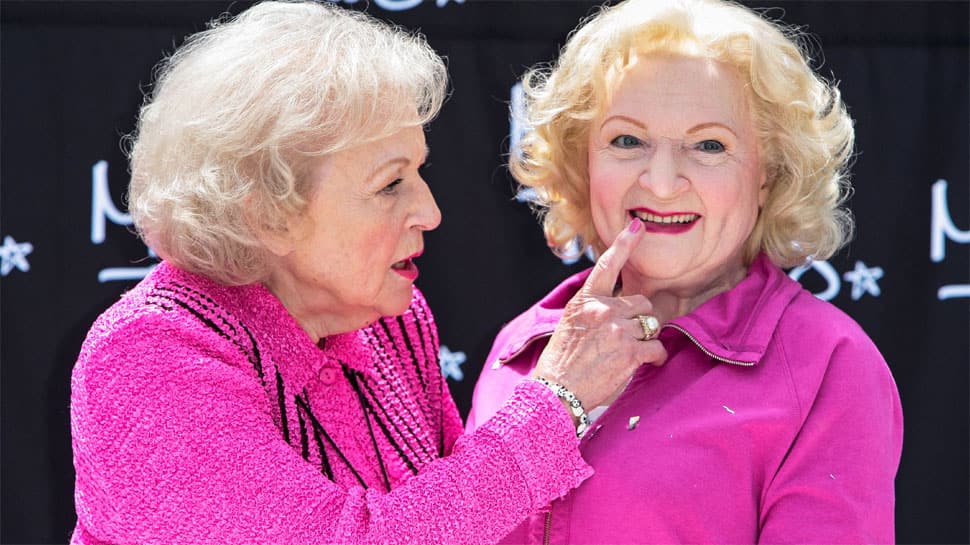 Washington: After iconic actor and comedian Betty White died less than three weeks shy of her 100th birthday, her `The Proposal` co-star Ryan Reynolds honoured her legacy, paying her a heartfelt tribute. White died on Friday at the age of 99, reported People magazine.

Mourning her demise, Reynolds took to his Instagram account and shared a heartwarming post dedicated to the icon. Alongside a picture of the evergreen actor, he wrote, “The world looks a little different now. She was great at defying expectations. She managed to grow very old and somehow, not old enough. We`ll miss you, Betty. Now you know the secret.”

Reynolds and White, who co-starred in the 2009 rom-com `The Proposal`, have maintained a sweet relationship over the years. The `Deadpool` actor often jokingly referred to the legendary comedian as his ex-girlfriend. In an interview featured in this week`s issue of People magazine, White acknowledged her former co-star and friend`s cheeky comments about their history, joking, “I`ve heard Ryan can`t get over his thing for me, but Robert Redford is The One.”

Reynolds, who was also interviewed for White`s story, told the outlet that he has been a fan of hers “for as long as I can remember,” and went on to praise White`s comedic talent.

“I heard that scripts for Golden Girls were only 35 pages, which makes sense because so many of the laughs come from Betty simply looking at her castmates,” he said, before joking that White is “a typical Capricorn” because she “sleeps all day” and is “out all night boozing and snacking on men.”

White was set to mark a milestone birthday early this year, but Reynolds never missed an opportunity to send her birthday wishes in the past. The actor posted on Instagram for the occasion in 2019, sharing a photo of himself and White and joking about their past romantic history.

“I don`t usually post about ex-girlfriends. But Betty`s special,” he wrote in the caption. “Happy Birthday to the one and only, @bettymwhite.”To celebrate White`s 99th birthday last year, Reynolds posted behind-the-scenes footage from `The Proposal` featuring himself, White and Sandra Bullock to his Instagram Story.

Betty was known for her lead role as Rose Nylund in ‘The Golden Girls’, which ran from 1985 to 1992. Moreover, Betty won five primetime Emmy Awards — including two for `Mary Tyler Moore,` one for `Golden Girls` and one for her 1975 `SNL` appearance — along with Screen Actors Guild Awards, American Comedy Awards and even a 2012 Grammy.