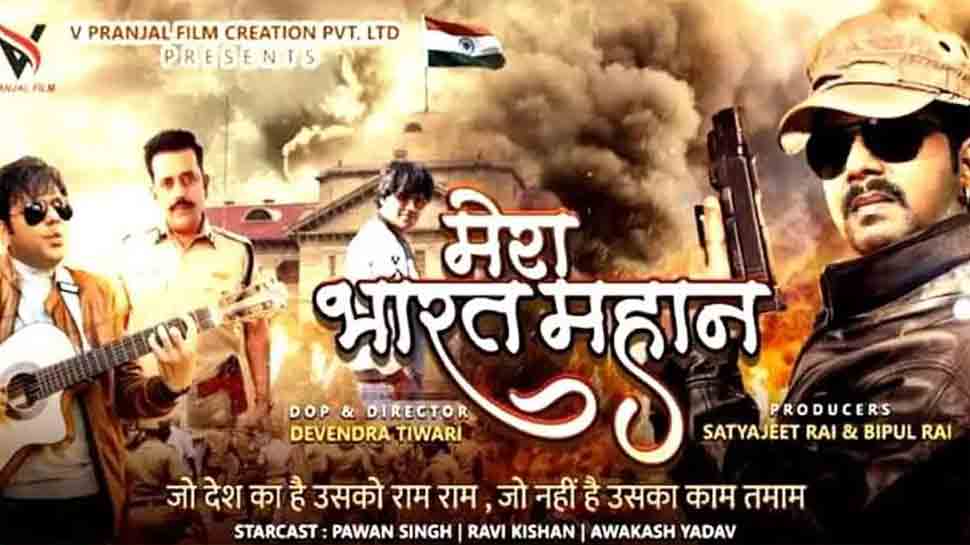 NEW DELHI: The trailer of Bhojpuri film ‘Mera Bharat Mahan’ starring megastas Ravi Kishann and Pawan Singh, was scheduled to be launched on the occasion of Republic Day. However, the event has been put on hold for now amid Omicron scare and a surge in COVID-19 cases across the country. The government of several states including Bihar has ordered shutting of cinema halls and multiplexes due to the rise in COVID-19 cases.

‘Mera Bharat Mahan’ director Devendra Tiwari said that the film is almost complete and the team decided to release the trailer on January 26. However, this has been postponed due to the massive spike in coronavirus cases.

Produced under the banner of V Pranjal Film Private Limited, the film has been produced by Bipul Rai and presented by Satyajit Rai. The writers are Arvind Tiwari and Devendra Tiwari.

Ravi Kishann and Pawan Singh will be seen in strong roles in the mega-budget film. They will be sharing the screen together after a long time. Anjana Singh, Garima Parihar and Mani Bhattacharya are the female leads in the film. As the title suggests, it is a patriotic film.