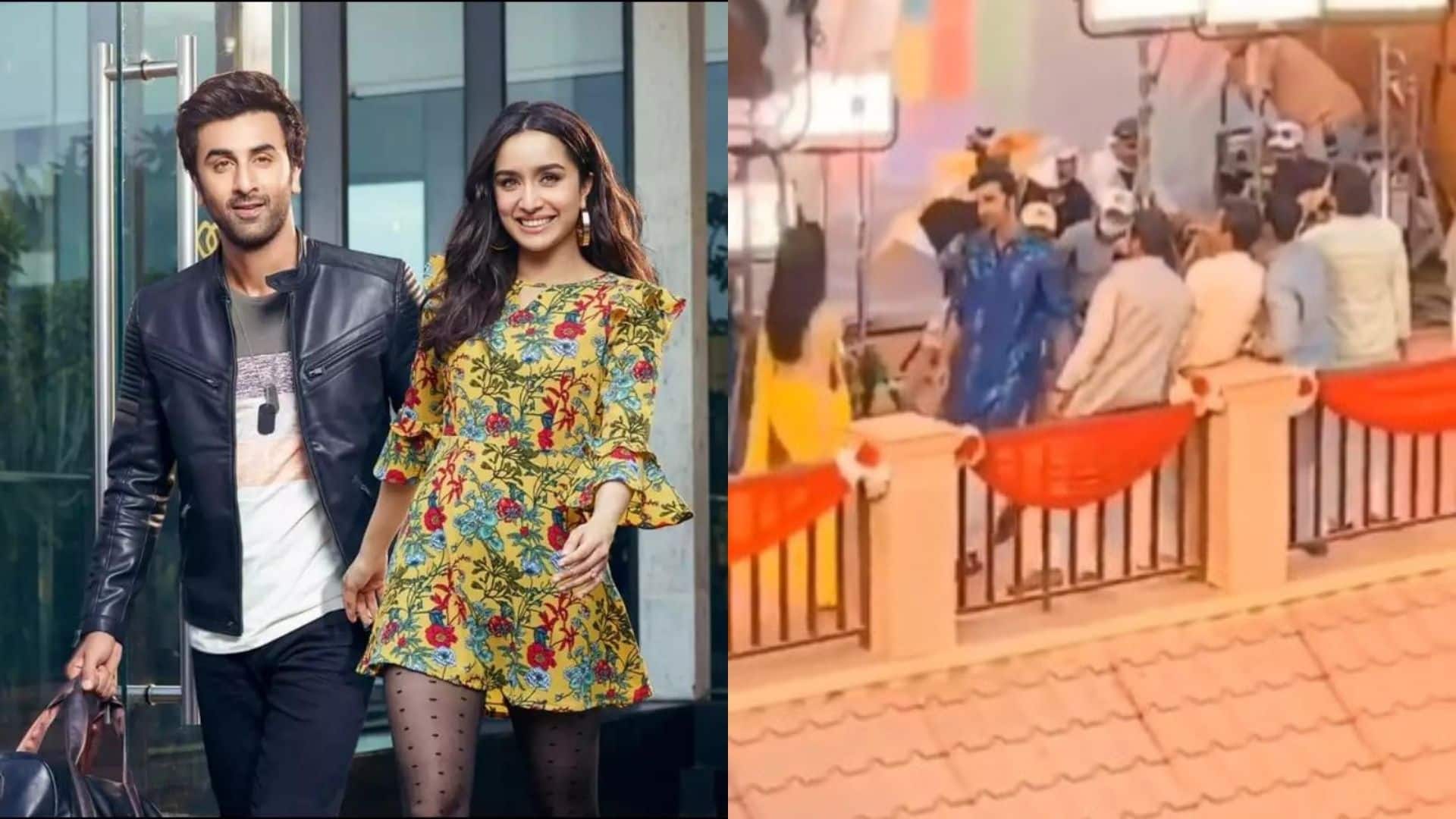 NEW DELHI: As we all know Ranbir Kapoor and Shraddha Kapoor are getting paired for the first time for Luv Ranjan’s upcoming film.

Now, a leaked video from the sets of their upcoming film has gone viral on social media where both can be seen grooving on the tunes of a song.

The untitled film is expected to release next year as the preparations are going on in full swing.

The video was shot from the location of Delhi in which the terrific duo was seen performing on a peppy dance number in ethnic outfits.

The video has been shared by several fan pages, where Ranbir can be seen sporting a royal blue kurta while Shraddha looked gorgeous in a yellow saree. Both of them can be seen dancing in an open area of a haveli with a huge balcony.

Fans are super excited after watching the glimpse of the song and also connecting it with Ranbir’s previous film Yeh Jawaani Hai Deewani which also had Deepika Padukone in lead role.

Well, it will be interesting to see Shraddha paired with Ranbir for the first time as both will look good together.

For the unversed, Luv Ranjan’s romantic comedy film will also feature filmmaker Boney Kapoor, who is all set to make his acting debut with this film.