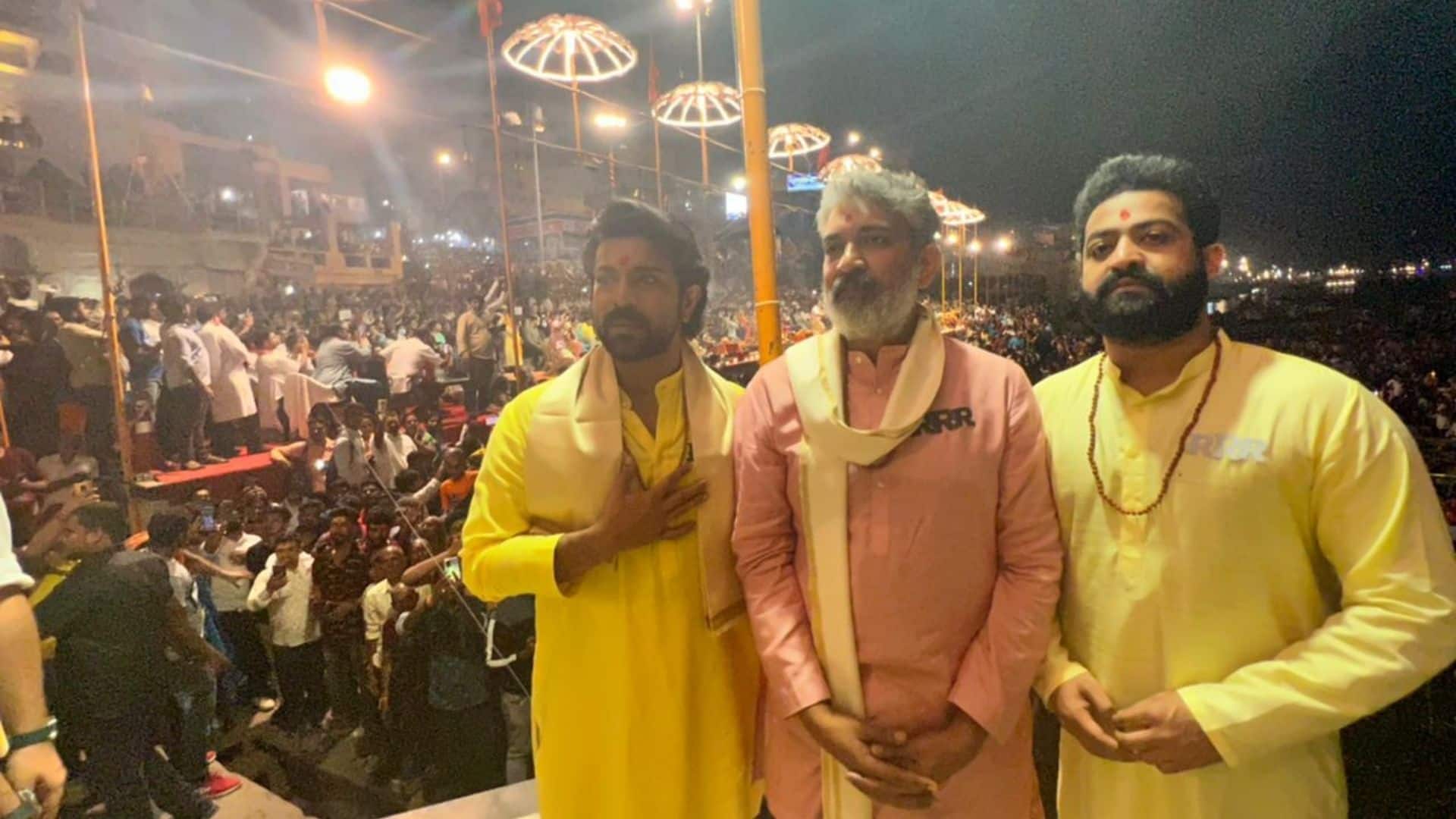 NEW DELHI: The makers of RRR have planned a multi-city tour promotions for their upcoming film and now the team has concluded their promotions by performing Ganga aarti in Varanasi!

The multi-city tour promotions of SS Rajamouli’s ‘RRR’ came to an end recently, as the pan-India cast of the film including Ram Charan, Junior NTR and the prolific filmmaker himself performed the sacred Ganga aarti in Varanasi today.

After touring cities like Bengaluru, Hyderabad, Dubai, Baroda, Delhi, Jaipur, Amritsar and Kolkata, the cast looked visibly excited to perform the Ganga aarti and seek blessings for their big-ticket release. Not just that, the cast also had a whale of a time interacting with the local media and relished some local delicacies.

Needless to say, there was a huge crowd gathered at the Ganga ghat to see Ram Charan and Junior NTR as they cheered up for the actors giving them a warm welcome in Varanasi.

Jayanti Lal Gada of PEN Studios has bagged the theatrical distribution rights across North India and has also bought worldwide electronic rights for all languages. Pen Marudhar will be distributing the film in the North Territory.