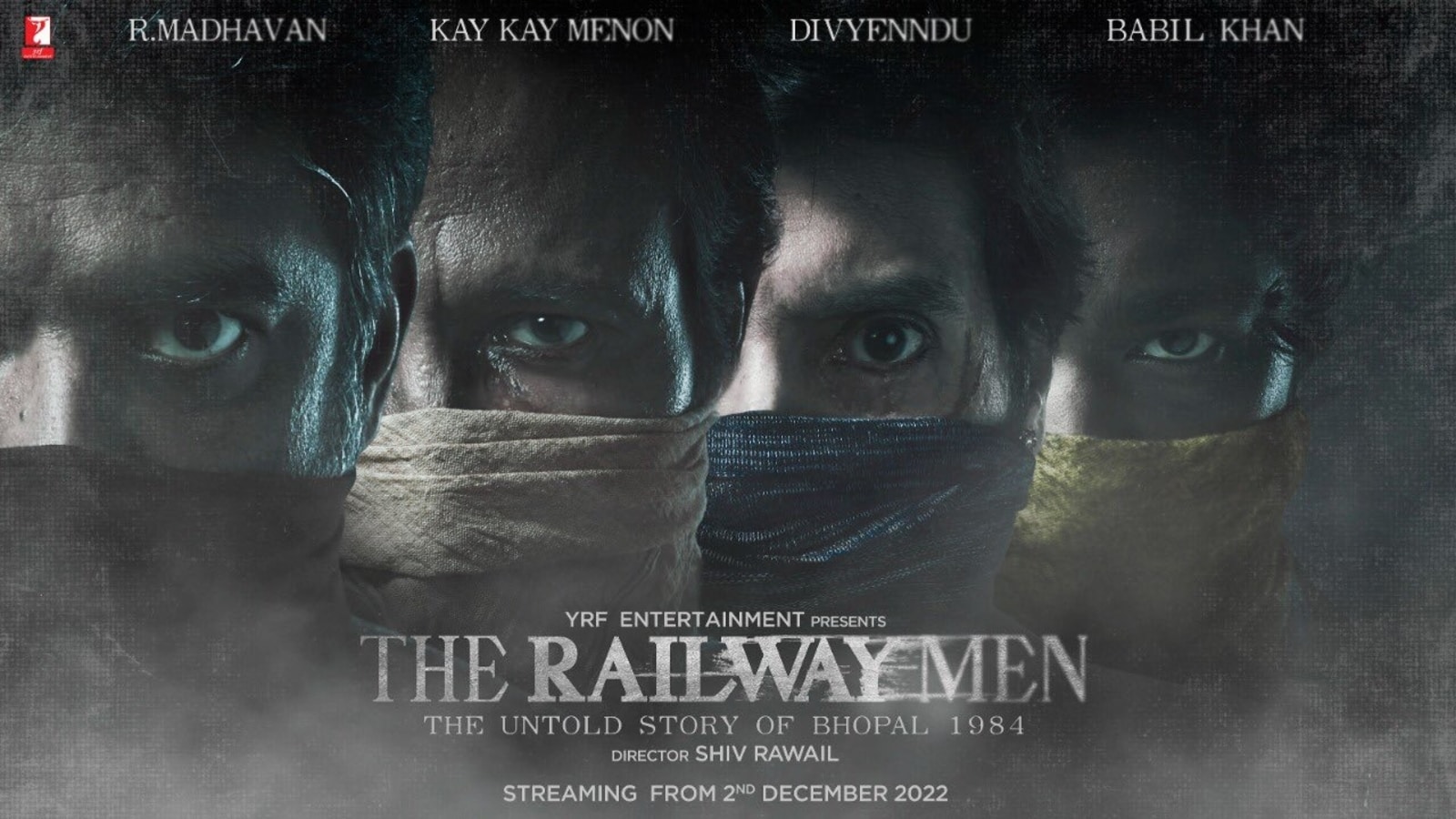 YRF has announced a bunch of new OTT projects, one of which is The Railway Men. It stars R Madhavan, Kay Kay Menon, Divyendu and Babil Khan.

YRF has announced a their first big OTT presentation, The Railway Men. Starring R Madhavan, Kay Kay Menon, Divyendu and Babil Khan in the lead, the limited series will be based on the 1984 Bhopal gas tragedy.

The official word from YRF reads that the show will be ‘a tribute to the railway workers at Bhopal station who are the unsung heroes of the 1984 Bhopal gas tragedy, the world’s biggest man-made industrial disaster.’ The Railway Men is being directed by debutant Shiv Rawail, who is the son of filmmaker Rahul Rawail (Love Story, Aur Pyaar Ho Gaya). The show will start streaming from December 2022.

On December 2, 1984, methyl isocyanate gas leaked from a pesticide factory owned by American Union Carbide Corporation in Bhopal. It has been reported that more than half a million people were poisoned that night and the official death toll exceeded 5,000.

Akshaye Widhani of Yash Raj Films said about the show, “The Bhopal Gas Tragedy is the world’s worst industrial disaster that has impacted scores of people since the tragedy struck the city 37 years ago. At YRF, we are constantly trying to develop the best compelling stories for audience and this is our tribute to the unsung heroes of the tragedy who, despite saving thousands of lives on that fateful day, are still unknown to people across the world.”

R Madhavan’s upcoming releases also include Netflix series Decoupled with Surveen Chawla and Rocketry, in which he plays aerospace engineer, Nambi Narayanan. Kay Kay was last seen in the second season of Special Ops and Divyendu is most famous for his work in Mirzapur. Babil is the son of late actor Irrfan Khan. He will also be seen in Clean Slate Productions’ Qala with Tripti Dimrii.