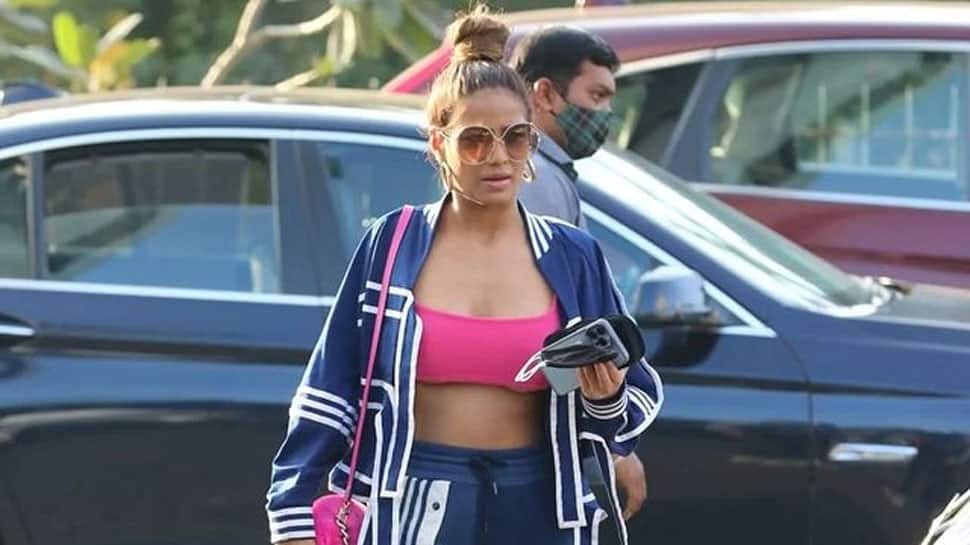 New Delhi: Popular model Poonam Pandey is known for her OTT appearances. She recently was spotted in amchi Mumbai turning heads in athleisure wear. But what caught attention was her oops moment.

Poonam Pandey’s photos were shared by famous celeb pap Viral Bhayani, who captioned the post reading: Actress Poonam Pandey often gets snapped in Mumbai by the paparazzi. Recently, she was spotted again in an uber-cool look, when she stepped out to get herself some coffee. #poonampandey #spotted #actress #coffee #glamour @poonampandeystudios @poonampandeystudios

The actress wore a pink bustier but had a wardrobe malfunction with a little too much revealing from her outfit.

Netizens fumed over her revealing dress and trolled her massively.

Poonam was one of the top nine contestants in the Gladrags Manhunt and Mega model Contest in 2010. She shot for as many as 29 calendars for the year 2011, including the Gladrags Calendar. She then went on to feature in Kingfisher Calendar 2012.

This is not the first time that Poonam Pandey has courted controversy. Her claim-to-fame was when back in the 2011 cricket World Cup, she promised to strip if the Indian Team won the trophy.