On ‘World Theatre Day’, Anita Bhabhi, Mahadev and other &TV artists share the importance of the art form 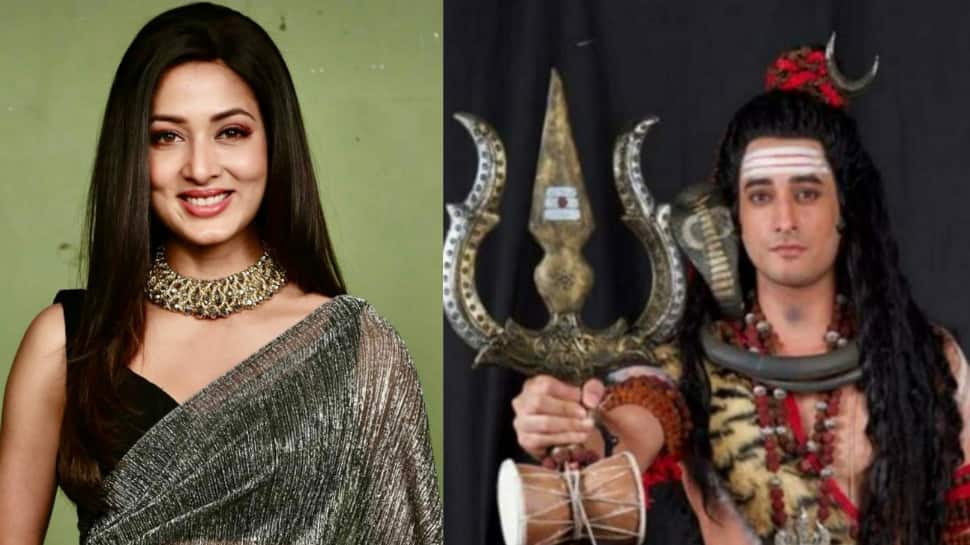 New Delhi: Each year, World Theatre Day is celebrated on March 27th, to celebrate and recognise the value and importance of the art form “theatre”. This day is also commemorated as a wake-up-call for governments, politicians and institutions which have not yet recognised its value. Famous English writer Oscar Wilde said, “I regard the theatre as the greatest of all art forms, the most immediate way in which a human being can share with another the sense of what it is to be a human being.”

Vidisha Srivastava, who recently entered &TV’s Bhabiji Ghar Par Hai as new Anita Bhabi, shares, “World Theatre Day is a celebration for those who can see the value and importance of the art form. Theatre is the oldest form of art and, with time, has evolved a lot. Theatre helps promote social discourse, dialogue, and potential social change, and I feel blessed that I have got the opportunity to work in that space with some amazing people in the early days of my career. As an actor, the knowledge you gain from performing in theatres allows you to be the best version of yourself”.

Siddharth Arora, who  essays the role of Mahadev in &TV’s Baal Shiv, shares, “My entire training to be an actor has been through theatre. After attending an NSD (National School of Drama) workshop in Varanasi, I began my journey as an actor. When I came down to Mumbai, I worked for a bank and did my theatre plays simultaneously. Then I eventually got into the television industry, but my love for theatre did not fade away. I still do theatre and keep attending workshops like I recently did, AdiShakti in Pondicherry. It is only because of the theatre that I have an opportunity to act with people worldwide. I still take theatre workshops because I believe that if you want to grow as an actor, you must keep yourself associated with theatre, as that is the best medium to learn and explore your acting skills. The theatre is an indispensable part of my life”.

Atharva, who plays young Bhimrao in &TV’s Ek Mahanayak – Dr B.R. Ambedkar, says, “My first exposure to theatre happened when I was three and a half years old. My parents enrolled me to participate in a workshop. It was my first time on stage. I was quite fascinated with it, and that is how my love for theatre started. It soon became my hobby and opened a window of opportunities for me. After that, I participated in quite a few workshops, which set a foundation for my acting career. Interestingly, working with theatre productions teaches us many life skills. It improves one’s oral communication and problem-solving skills, builds confidence to speak in front of large audiences, teaches working under pressure and independently, and more. I owe a lot to the theatre, which has shaped me as an actor. Thanks to it, I have been given this wonderful opportunity to essay the young Bhimrao’s character in &TV’s Ek Mahanayak – Dr B.R. Ambedkar, which I must say is a role of a lifetime!”

Ambrish Bobby who features as Ramesh Prasad Mishra in &TV’s Aur Bhai Kya Chal Raha Hai? shares, “Coming from a regular middle-class family, I completed my studies as a commerce and accounting graduate and worked at many organisations as an accountant. While working at an office, I was spotted by a life insurance agent working on plays who invited me to a drama rehearsal. That’s how my journey began as a theatre artist. After that, there was no turning back. I left my job and worked with renowned theatre directors from Lucknow like Sangam Bahugana, Lalit Singh Pokhariya, and Raja Awasthi, among others. Whatever I am today is because of the theatre, and that’s why it holds a special place in my heart. Whatever learning I have taken to be an actor is only through theatre. As an artist, you learn manners through theatre, which gives you a personality in how you represent yourself, how you are polite, how you react, and many other things. Rangmanch has the power to make a person a complete artist”.

Kamna Pathak essaying Rajesh in &TV’s Rajesh Happu Ki Ultan Paltan says, “I did my first stage show when I was five years old, and that’s how my journey in theatre started. Theatres have taught me valuable lessons that have helped me become a better actor and have also given me the confidence to succeed in the entertainment industry. During my journey with theatre, I worked with some legendary artists, like M. S. Sathyu, Sourabh Shukla, Manoj Joshi, Hema Singh, and others. I have many learnings from my theatre days, but the most prominent one would always be “The show must go on.” Whatever the situation is, once the show gets started, it must keep going. There is no second chance in theatres because there are no retakes. Cinema and television are directed mediums, whereas theatre is an actor medium. Once the play is started, there is no one to direct you. Even if you make the smallest mistakes, you must cover them up. I believe that theatre is the most difficult medium to master because it allows for direct interaction with the audience and immediate response, giving you confidence as an actor. The theatre has played a crucial role in my journey as an actor. I miss doing theatre a lot, but in the future, if time allows me, I would love to be back on stage and be a part of some great shows”.