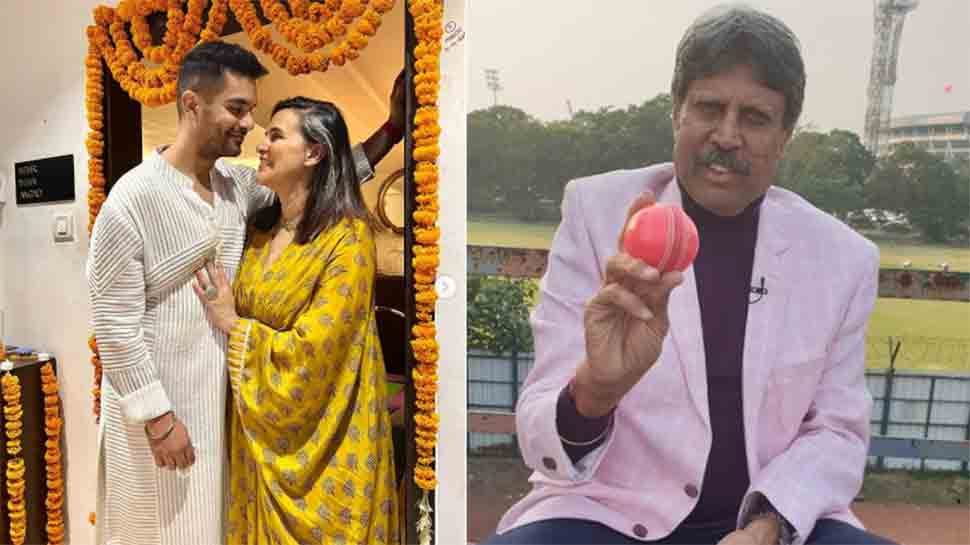 Sharing the birthday post, Neha Dhupia wrote, “Happy birthday sir, here’s to a year filled with happiness, having conversations over croissants and you showing our baby girl more videos of your cute little cat, we love you.” In the second picture, Neha’s daughter Mehr can be seen standing on a chair alongside Kapil Dev and Romi.

Neha Dhupia is married to former cricketer Bishan Singh Bedi’s son Angad Bedi. An actor and a former model, Angad played cricket up to Under-19 level for Delhi, but subsequently began a career in modelling, and ventured into acting. He is known for his roles in ‘Pink’ (2016), ‘Dear Zindagi’ (2016) and ‘Tiger Zinda Hai’ (2017).

Neha Dhupia recently took a trip to Goa along with Angad Bedi, daughter Mehr and son where they rang in the New Year. Neha shared a series of posts and pictures on her social media account.

Mehr was born to Angad and Neha in November 2018. They welcomed their second child, a baby boy on October 3. The couple got married in May 2018 in a private ceremony and welcomed their daughter months later.