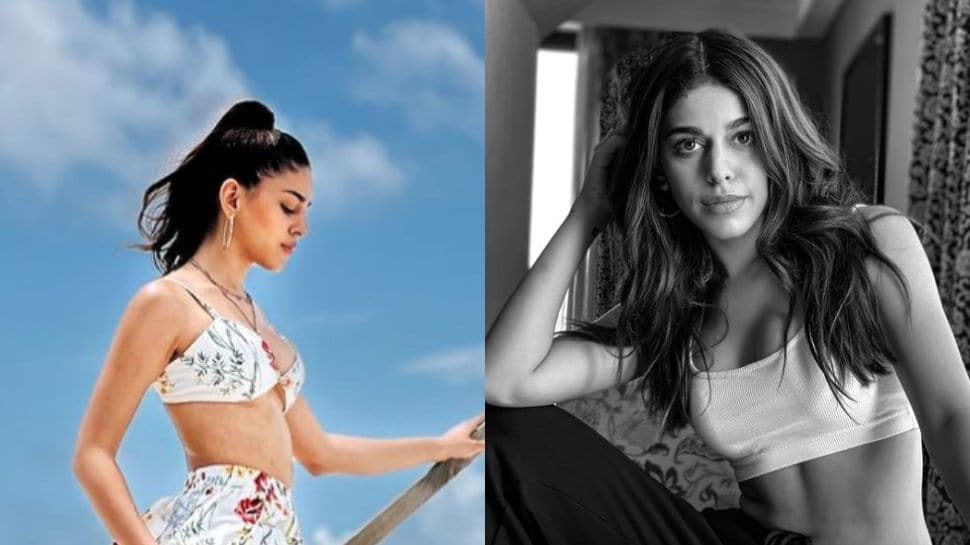 New Delhi: Alaya F is certainly one of those influential celebs who are known to cast a spell on audiences with their serene elegance, she is making good buzz on the Internet with her captivating fashion quotient in her latest post.

The young diva is very critical of her fashion trends and manages to keep her fans intrigued with her unique styles on point.

Alaya took to her Instagram to post a lovely reel of herself getting all set to raise the oomph amongst the followers.

The beauty queen who is a trend enthusiast can be seen flaunting her hot-chic ensemble and go-getter look.

Alaya donned a pink top teamed up with a shiny black skirt.

Sporting open hair and well-defined eyes, the actress is a belle personified in the transformation video.

Instagramming the reel, she complimented it with the caption read, “Needed some motivation to get ready so I turned it into a reel”.

Alaya F has had a busy few months as she has been shooting for back to back movies this year.

From shooting for Ekta Kapoor’s film in Chandigarh to being on sets for her film Freddy in Panchgani, the best debutante award-winning actress has always been walking her way into fans’ hearts.

Last seen in Punit Malhotra’s music video, ‘ Aaj Sajeya’, Alaya will be starring next in Ekta Kapoor’s remake of ‘U-Turn’ and in Freddy alongside Kartik Aaryan.