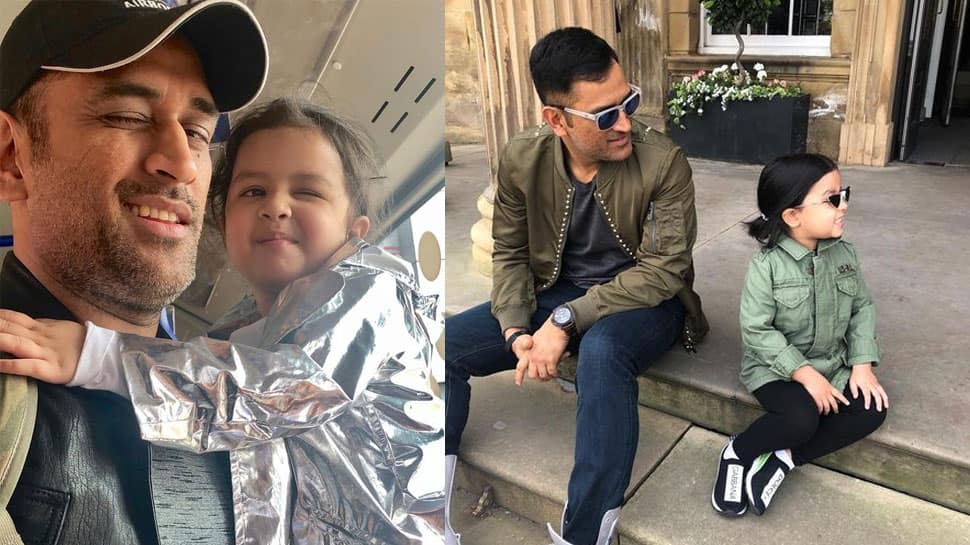 New Delhi: Indian cricketer Mahendra Singh Dhoni’s daughter Ziva is a popular star kid on the block. She has several fan pages and her own verified handle on social media. MS Dhoni fans simply adore her and don’t want to miss out on any new post of hers. So, here comes another viral video of the father-daughter duo.

Ziva Dhoni and MS have featured in a new advertisement commercial by a biscuit brand and their video is trending online. Popular celeb pap Viral Bhayani dropped the ad video on his Instagram handle and it’s too cutesy. Do not miss the ‘boo’ shout:

On the work front, Virzu Studio in association with MIDAS Deals released the motion poster of its upcoming mega-budget graphic novel ‘Atharva – The Origin’, starring MS Dhoni as a superhero and warrior leader. The official motion poster was released on Wednesday by the cricketer on his official Facebook handle and needless to say it went viral too.

As per IANS, the motion poster features a rugged-looking Dhoni, giving fans a glimpse into the world of Atharva and also a sneak peek into the first look of the cricketer as a superhero

So coming back to Ziva, her amazing videos and pictures often break the internet for her sheer innocence and the ‘aww’ factor.

Mahendra Singh Dhoni married Sakshi Singh Rawat, his schoolmate on July 4, 2010, and the couple was blessed with cutie pie Ziva on February 6, 2015. The five-year-old Ziva is quite popular on the internet and her adorable videos are often shared by daddy and mommy on social media.