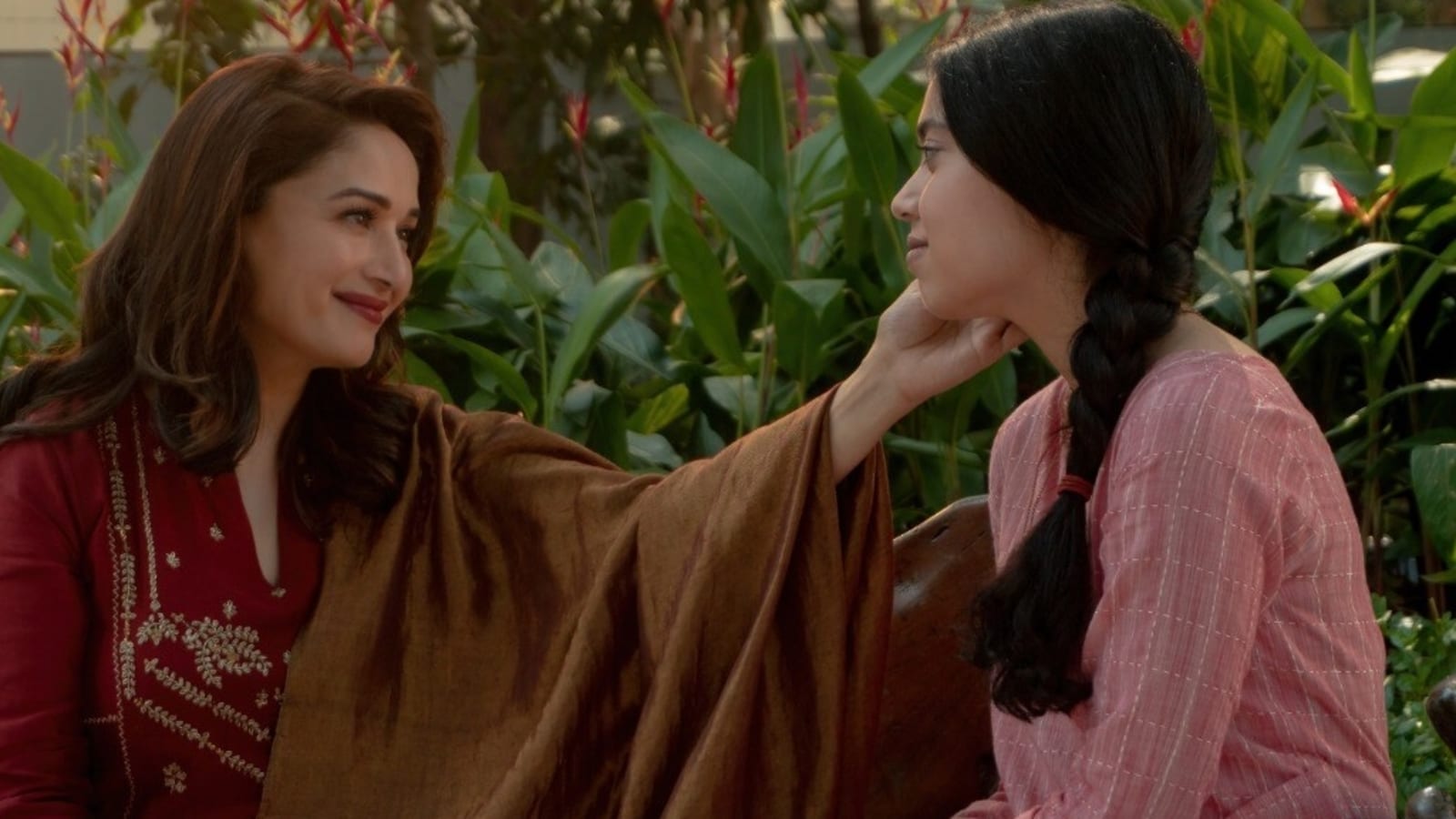 Muskkaan Jaferi comes from a family of actors. Her father was legendary comedian Jagdeep and her half-brothers are actors Jaaved Jaaferi and TV director Naved Jaffrey. However, Muskkaan prefers not to talk about her family legacy. In fact, even though Madhuri Dixit, her co-star in the upcoming Netflix show The Fame Game, has worked with Jaaved, Muskkaan hid their connection.

The Fame Game is a thriller that revolves around Bollywood star Anamika Anand’s (Madhuri) disappearance and how the dark side of her fame unravels during the investigation. Muskkaan plays Anamika’s daughter in the show and the actor says she was immediately starstruck when she first met Madhuri.

Speaking to Hindustan Times, she says, “That happened at the reading itself. We had a table read where she just entered the room. I just looked at her and I just paused that, ‘Did this happen? Calm down, you have to go for the reading now. You have to do the role properly’, and then I was fine. And ma’am was so welcoming that I was ok.

Madhuri, however, recalls how Muskkaan never told her that she is Jagdeep’s daughter and Jaaved’s half-sister even though Madhuri and Jaaved have worked together in the past. She says, “We talk about privacy and we say you want to become someone and yet you want to be a private person. In today’s frenzy of social media, they even know what tea you drank in the morning, and I didn’t know who she was. I didn’t know she is Jaaved’s sister. I didn’t know all that when we were working.”

It was months into the shoot of The Fame Game that Madhuri discovered that and was surprised why Muskkan kept it a secret. She shares, “We were halfway through the series when I got to know and I was like, ‘Why didn’t you tell me’, and she just said, ‘I want to be known as me’. And that was amazing.”

Madhuri and Jaaved have known each other for over 30 years. The two first shared screen space in the 1991 thriller 100 Days. Their dance number from the film Le Le Dil De De Dil was a rage in the early 90s and the two even recreated it on stage for reality show Dance Deewane 3 last year. The two actors also co-starred in Indra Kumar’s comedy Total Dhamaal in 2019.

Muskkaan says one of the reasons why she doesn’t like to boast about her lineage is because she wants to make it in the industry on her own terms. “I have always looked up to my father. I have learnt a lot from him. I always wanted to do him proud but always wanted to do it myself,” she says.

Her character in The Fame Game is often overwhelmed by the stardom of her mother Anamika. But despite having a real-life star parent, Muskkaan says it was never like that for her in real life. The actor elaborates, “My dad was just my dad at home. I always admired him a lot but he is a different kind of an artiste and I’m going to be a different kind of artiste and he instilled that in me. He always said, ‘Beta compare kabhi mat karna kisi se bhi, na mujhse na kisi aur se. Tum apni cheez par focus karo (Child don’t compare yourself to anyone, not with me nor with anyone else. You focus on what you are doing)’. So I never felt that because I knew I will have my own journey.”