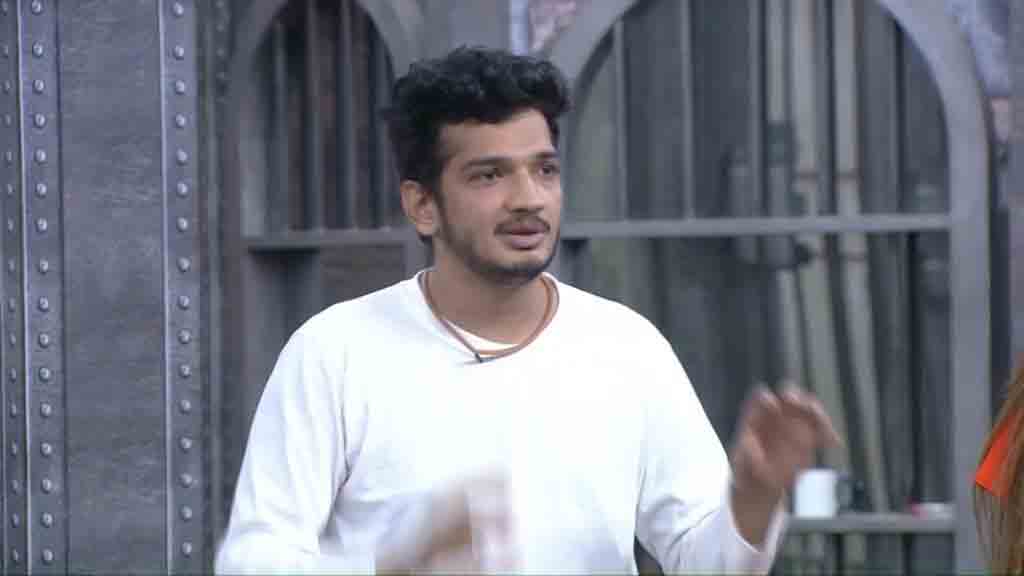 NEW DELHI: Saisha Shinde and Karanvir Bohra are discussing. Saisha says that she is closer to Nisha Rawal and Sara Khan but she cannot get close to Tehseen Poonawalla.

Munawar tells Saisha that Shivam Sharma has been taken for granted by his team members. He adds that Nisha Rawal has become favourite of everyone as she did not get any vote against her during the elimination round.

Guard announces the ‘garland’ task. Contestants are asked to use the flowers given to them and make 40 garlands in the given time. Munawar and Nisha take dig at each others for not participating in tasks much.

The ‘Orange’ team comprising of Munawar, Karanvir, Poonam, Sidharth, Anjali, Payal win the task. They get rewarded for their performance in the task and receive a jar of coffee.

Jailor Karan Kundrra makes an entry and Saisha tells him there was no motivation from her team members in the task. Karan says that Shivam has ben trying to be ‘Gaalib’ in the house and has been only trying to impress Sara with her shayaris.

Karan concludes that feelings are not meant to be hidden.

Karanvir and Munawar discuss about the ‘Blue’ team and says Nisha and Tehseen are very ‘chindi’ or ‘luka’ types. Karanvir further calls them ‘blackholes’.

Munawar enters the ‘Jhol Ghar’ and meets jailor Karan Kundrra. Munawar agrees to accept a letter and food from his sister and in exchange issues a chargesheet against Karanvir Bohra.