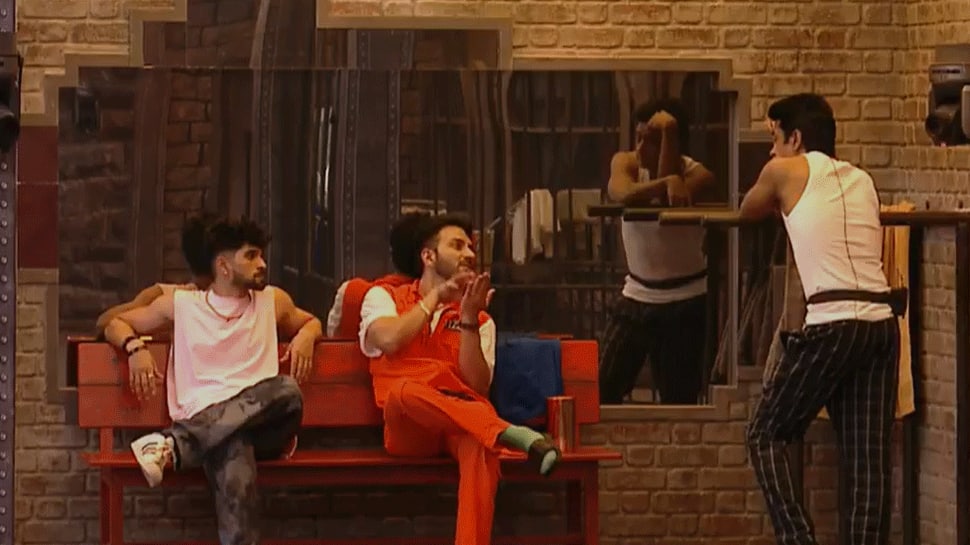 Host Kangana asks housemates to identify one person as a ‘kachra’ of the jail. Payal names Karanvir as ‘kachra’ saying he was intigating other housemates against her.

Nisha names Mandana saying her intention behind shaming others was to put her down.

Sara and Poonam name Ali Merchant as the jail kachra. Sara says she doesn’t want to see his face. Poonam says he gives a lot of explanation which are illogical.

Mandana counters Ali’s claim and says that he did something in the bathroom a few days back and that act actaully that makes him the real kachra of the jail. Kangana asks her to disclose the incident. Mandana says that Saisha had gone to the bathroom a day before and when she came out, she was upset. She adds that Saisha noticed that Ali was the one in the bathroom and somebody had masterbuted in the area.

Among the unsafe contestants, Payal presses the buzzer first and reveals that to boost her carrer in the film industry, she had visited a ‘tantrik’ and indulged in a ‘vashikaran’ pooja. She adds that it, however, did not work in her favour, and she was afraid to reveal this to her mother and friends in the industry.

Kangana announces that Sara will be evicted from the show.

Ali Merchant throws tissue papers inside the barrack and says he was given the tag of ‘kachra’ by the housemates.

Shivam gets infuriated at Ali Merchant for throwing tissue papers in the barrack. He also attacks Zeeshan and gets into a heated argument with him.