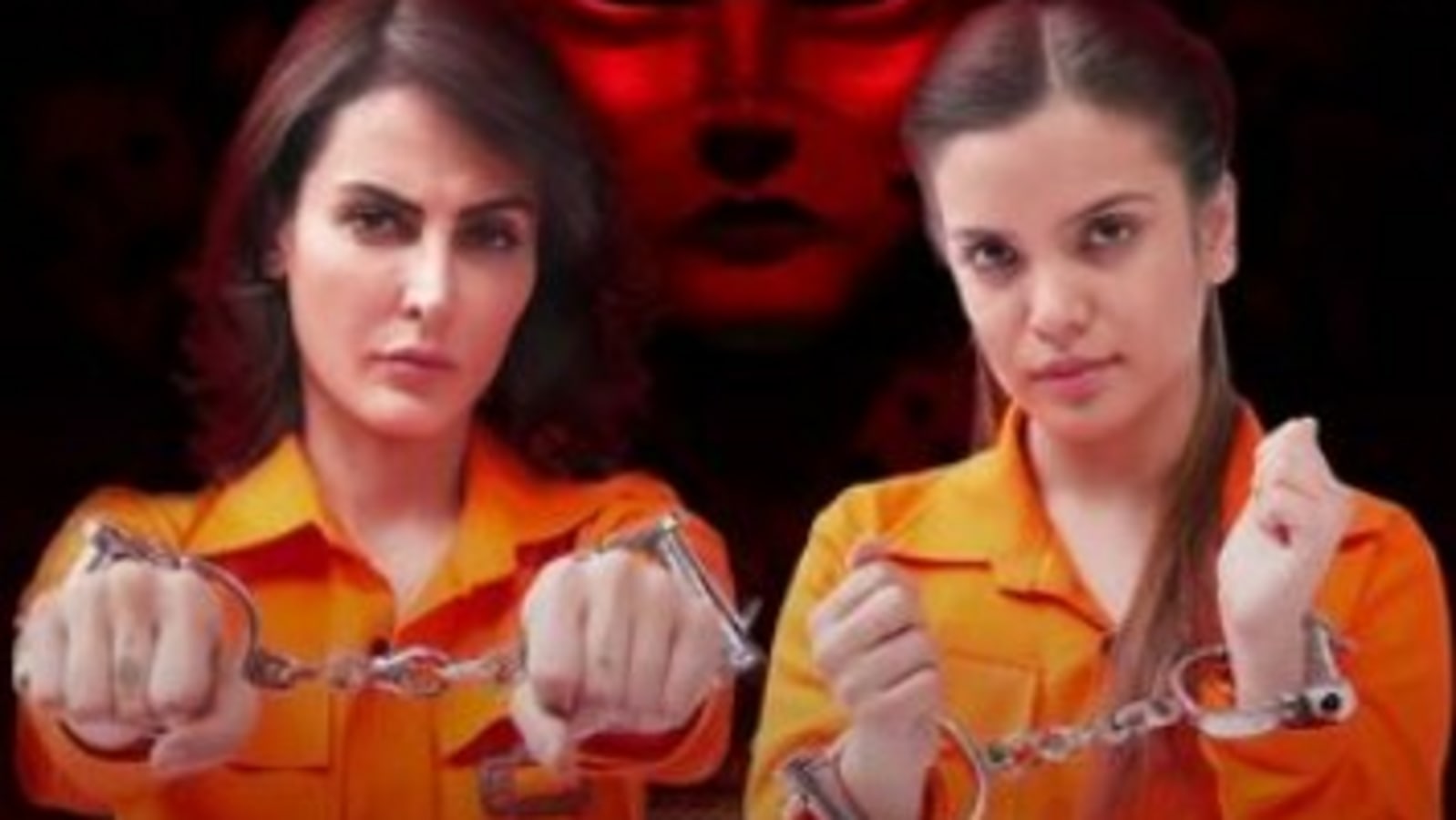 Two new celebrities have been introduced to Kangana Ranaut’s reality show Lock Upp. Mandana Karimi, actor-model who participated in Bigg Boss 9 in 2015 and became the second runner-up, is one of the contestants. Azma Fallah, a beauty blogger from Pakistan who appeared on MTV Splitsvilla’s season 13 last year, is the other entry. Also Read| Lock Upp: Chetan Hansraj introduced as the 15th contestant, is jailed for being ‘villain by choice’

A new promo of the show shared on Alt Balaji’s Instagram account introduced Mandana and Azma as the new contestants. The post was captioned, “Controversy aur khabron ke beech phassein yeh do kaidi, ab khelenge atyaachaari khel (these two prisoners, stuck between controversy and news, will now play the game)! Catch @azma.fallah and @mandanakarimi in the bad** jail.”

The video showed Mandana and Azma being brought in chains as a voiceover said, “Kangana ke ghiraft mein aaye hain do aur controversial celebrities (Two more controversial celebrities have become Kangana’s prisoners).” The video then showed Mandana Karimi flashing a smile as she held a digital placard, that revealed that she is inmate No 16, the last contestant of the captivity-based reality show.

Azma held a digital placard that revealed her as the first wild card entry in the show. Mandana has been jailed on the charges of being a “controversy creator,” while Azma has been charged for “fake identity.”

Viewers expressed excitement about the new additions, with one writing, “Omg super excited Azma & Mandana.” Another commented fire emojis. Some expressed confidence that comedian Munawar Faruqui will win the show regardless of any other contestants that are sent into the jail.

Actor Chetan Hansraj was the last contestant to enter the show. Four celebrities, who have left the reality prison until now, are Swami Chakrapani Maharaj, Tehseen Poonawalla, Siddharth Sharma, and Babita Phogat.