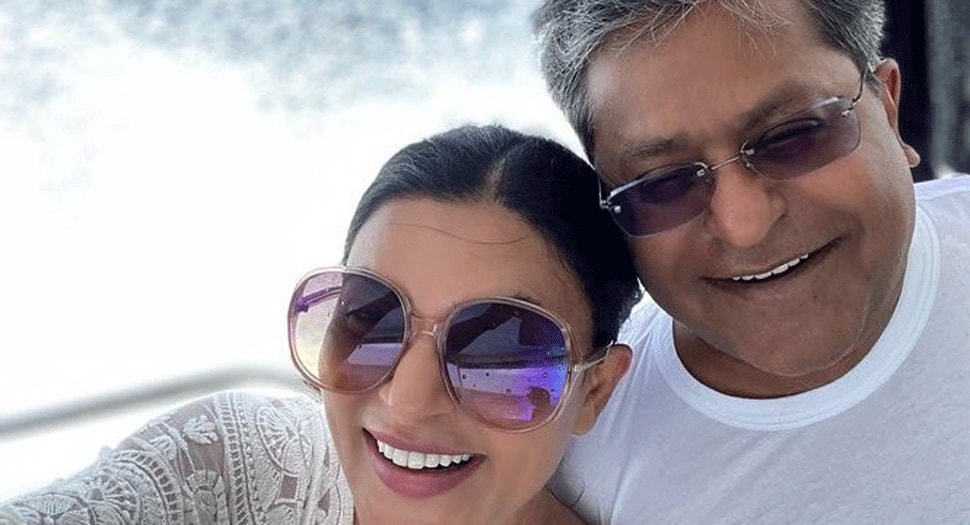 NEW DELHI: Former IPL chief and current fugitive Lalit Modi took the internet into a tizzy after he announced to the world that he was dating Bollywood actress and former Miss Universe Sushmita Sen. The London-based businessman shared a series of mushy photos from their Maldives vacation and called her ‘his better half’ and describing it as a ‘new beginning’.

Lalit’s son Ruchir Modi (28) has now reacted to the development and told ETimes, “I prefer to refrain from commenting on personal family affairs but would always be happy to comment in relation to business or other matters. I prefer not to comment at all, to be very honest, as we don’t comment on personal matters as a family policy,” he told the publication. As per TOI, Ruchir stays with his father in London and is reportedly single.

Ruchir lost his mother Minal to cancer in December 2018.

Businessman and former IPL Chairman Lalit Modi took to his social media handles to announce their dating and called the actor his ‘better half’. Lalit’s post read: “Just back in london after a whirling global tour #maldives # sardinia with the families – not to mention my # better-looking partner @sushmitasen47 – a new beginning a new life finally. Over the moon. (a slew of emojis). In love does not mean marriage YET. BUT ONE THAT BY GODS GRACE WILL HAPPEN. I JUST ANNOUNCED THAT WE ARE TOGETHER (sic)”.

Just back in london after a whirling global tour #maldives # sardinia with the families – not to mention my #better looking partner @sushmitasen47 – a new beginning a new life finally. Over the moon. __________. In love does not mean marriage YET. BUT ONE THAT For sure pic.twitter.com/WL8Hab3P6V
— Lalit Kumar Modi (@LalitKModi) July 14, 2022

In the latest, Sushmita Sen too today broke her silence on the revelation and confirmed that she is dating the businessman. She, however, refuted the marriage reports and wrote, “I am in a happy place!!!NOT MARRIED…NO RINGS…Unconditionally surrounded by love!! Enough clarification given…now back to life & work!! Thank you for sharing in my happiness always…and for those who don’t…it’s #NOYB Anyway!!!I love you guys!!! #duggadugga #yourstruly.”

Sushmita was previously in a relationship with fashion model Rohman Shawl. She had announced her split with Rohman in December last year with an Instagram post. On the other hand, Lalit was married to Minal Modi for 27 years, who passed away in 2018 after battling cancer.

Lalit Modi relocated to London in 2010, after the IPL controversy broke. In March, the High Court of London cleared him of ‘actionable misrepresentation’ as alleged by former Indian model-turned-investor Gurpreet Gill Maag in a legal challenge.

Sushmita Sen was crowned Miss Universe in 1994. She made her Bollywood debut with the 1996 film ‘Dastak’, a psychological thriller. The 46-year-old actress made her acting comeback with the International Emmy-nominated series ‘Aarya’ and also starred in the second instalment of the show.

Sushmita is a single mom to daughters Alisah and Renee. She adopted Renee in 2000 while Alisah joined the family in 2010. Renee made her acting debut with a short film.