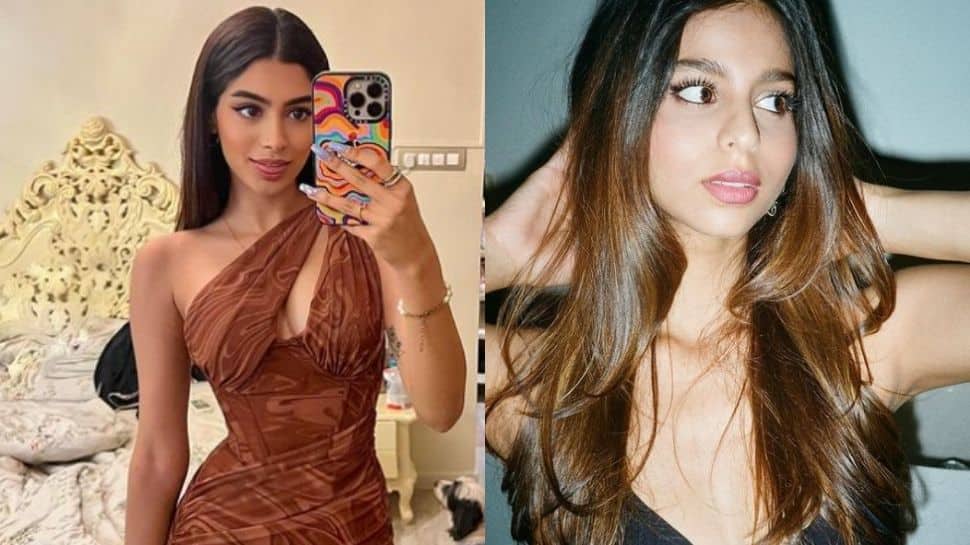 Fans are absolutely in love with her chic style and contemporary choices. Recently, Khushi dropped another bombshell of a photo on Instagram which has sent her fans and her friends in a tizzy. The young star kid shared a picture of herself dressed in a brown bodycon dress with a slanted neckline.

She looked absolutely gorgeous in the mirror selfie and showed off her toned physique in the dress as well.

While Suhana reacted with a series of heart-eyes emojis, Shanaya called Khushi a ‘princess’.

Khushi is quite popular among paparazzi and is often seen getting clicked by them. She is also quite popular on social media for her jaw-dropping photoshoots and has 668K followers on her Instagram handle.

While her sister Janhvi has made her starry debut in Bollywood and is working in plum projects, Khushi is yet to make her maiden move in showbiz.

On the work front, her sister Janhvi Kapoor will be next seen in Karan Johar’s production ‘Dostana 2’ and Aanand L Rai’s ‘Good Luck Jerry’.