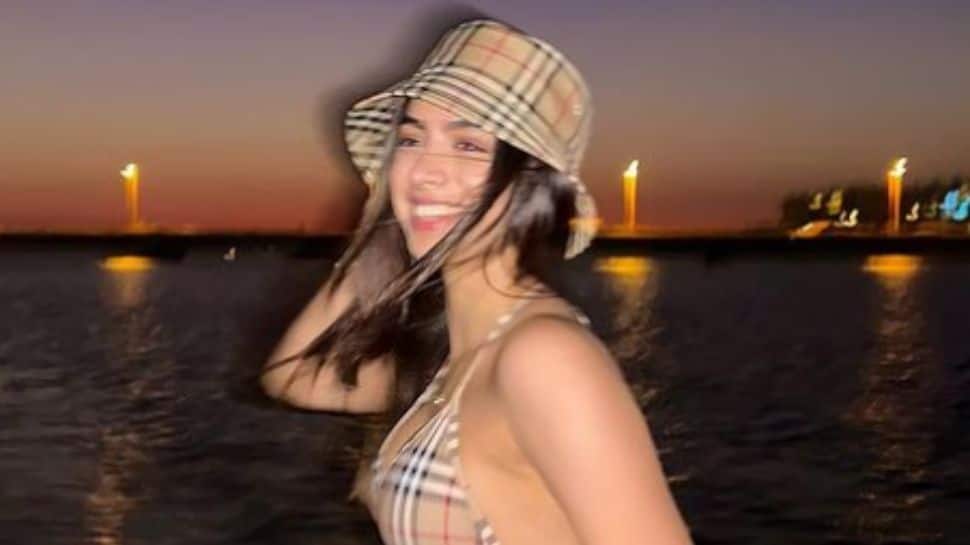 New Delhi: Star kid Khushi Kapoor set the internet on fire when she dropped pictures from her trip to Dubai in a smouldering bikini top and shorts on Thursday (November 11) on Instagram.

In the pictures, she can be seen wearing a chequered bikini top with a cloche hat with a matching pattern. She paired the hot top with black shorts and voila, she put together the perfect beach outfit!

Khushi captioned the picture with a clever caption, referring to American musician Jay-Z’s song ’99 problems’. She wrote, “99 problems but the beach ain’t one.”

Khushi is quite popular among paparazzi and is often seen getting clicked by them. She is also quite popular on social media for her jaw-dropping photoshoots and has 668K followers on her Instagram handle.

While her sister Janhvi has made her starry debut in Bollywood and is working in plum projects, Khushi is yet to make her maiden move in showbiz.

On the work front, her sister Janhvi Kapoor will be next seen in Karan Johar’s production ‘Dostana 2’ and Aanand L Rai’s ‘Good Luck Jerry’.

The ‘Dhadak’ actress was last seen in horror-comedy ‘Roohi’ alongside Rajkummar Rao.