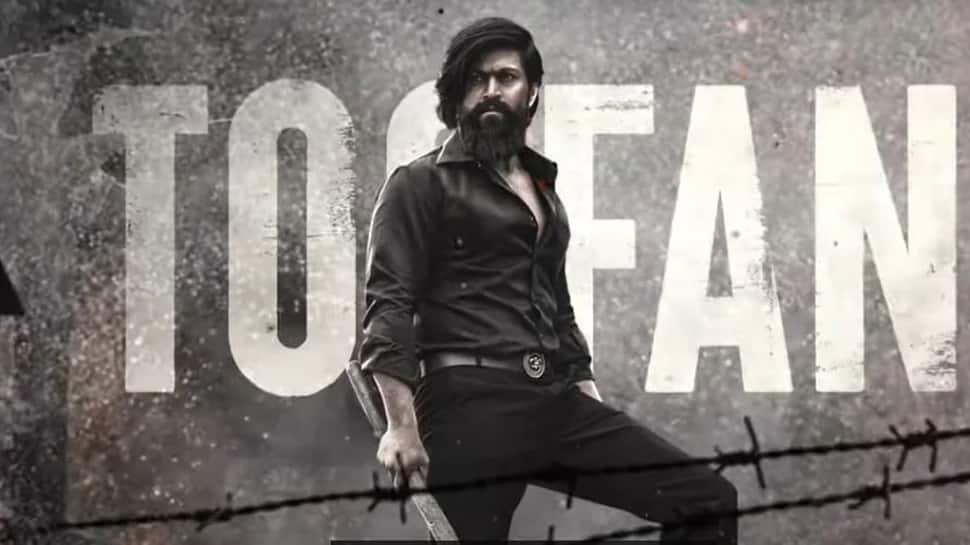 New Delhi: Actor Yash starrer ‘K.G.F: Chapter 2’ has released the first song from the upcoming film titled ‘Toofan’. In the song, we see Yash donning a super cool and tough look as Rocky. ‘Toofan’ takes viewers back to the original hit machine that achieved a cult status and was the highest grossing Kannada film of all time.

‘Toofan’ starts the month-long countdown to KGF Chapter 2’s release, which is scheduled to hit theatres on April 14.. The producers of the movie, Hombale Films stated that, “this song will set the tone for the second instalment of KGF franchise. The crescendo of the lyrical musical video will strike a chord with all the fans of KGF and more! The energetic beats and the unbeatable rhythm of the track perfectly matches the saga of Rocky, the legendary warrior who fights against all odds to emerge as a true victor”.

After KGF Chapter 1, that was known for its immersive storyline, top-notch special effects, and top class action sequences, the much-awaited sequel K.G.F Chapter 2 promises to carry the legacy ahead and surpass itself with a heavyweight ensemble starcast including Sanjay Dutt, Srinidhi Shetty, Raveena Tandon and Prakash Raj.

‘K.G.F Chapter 2’ is written and directed by Prashanth Neel, and produced by Vijay Kiragandur under the banner Hombale Films. The sequel KGF Chapter 2 will be released in Kannada, Telugu, Hindi, Tamil and Malayalam. The movie’s trailer will be released on March 27, 2022.