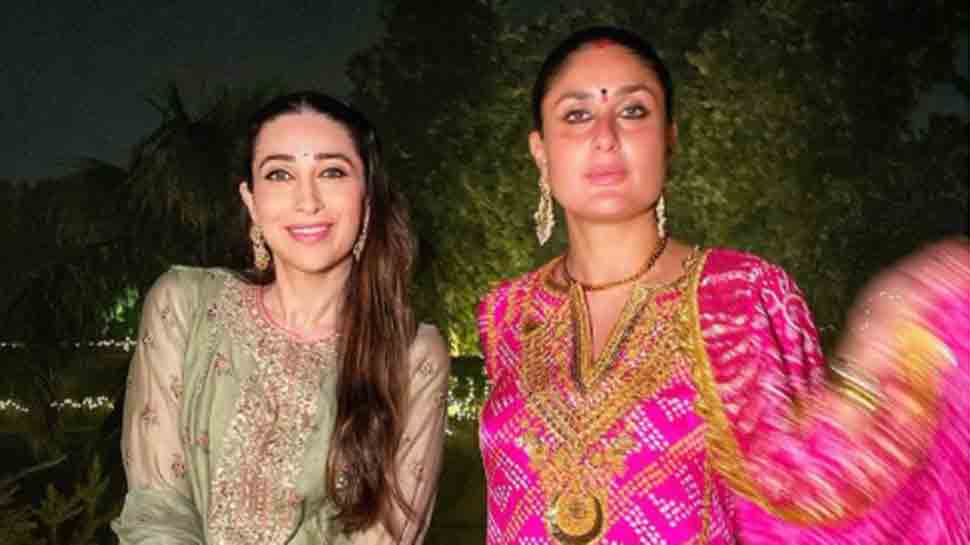 NEW DELHI: Actress Karisma Kapoor has tested positive for COVID-19, revealed her sister and actress Kareena Kapoor Khan while interacting with Kajol. Kareena and Kajol bumped into each other on Thursday morning. They met each other as they were shooting close by. A video from their meet found its way to the social media and actors can be seen chatting about their families, health, the virus and Kareena’s son Jeh.

In the video, Kareena and Kajol can be seen twinning in white and black, as they stand for a few minutes and catch up after a long time. You can hear Kareena saying, “What’s happening?”. Kajol also can be heard asking Kareena, “How is your new baby?” To which, Kareena replies, “Oh god, he’s already a year. COVID, everything.. we all had COVID.”

At this point, Kajol added that she also was tested positive. That’s when Kareena revealed that older sister Karisma Kapoor tested COVID-19 positive on Wednesday. “Lolo just turned positive yesterday.” For the unversed, Karisma is addressed as Lolo by her friends and family.

After interacting for a while, the actresses headed their own way before sharing a warm hug. Check out their candid video below:

In terms of work, Kareena Kapoor is currently gearing up for the release of her upcoming movie ‘Laal Singh Chaddha’ alongside Aamir Khan. Helmed by Advait Chandan, the movie also stars Naga Chaitanya and Mona Singh in pivotal roles. Bankrolled under the banner of Viacom 18 Studios and Aamir Khan Productions, the movie is all set to hit the big screens on August 11, 2022.