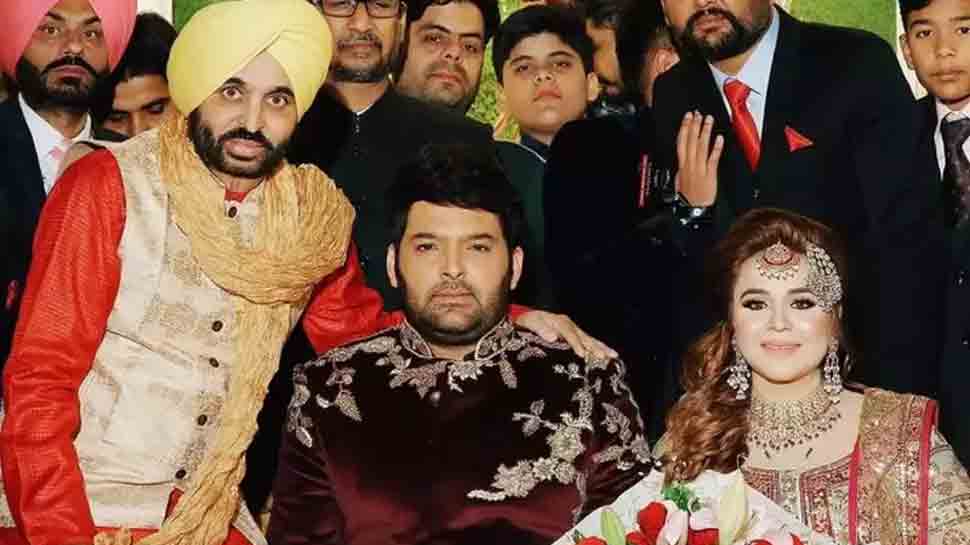 NEW DELHI: Actor-comedian Kapil Sharma on Thursday (March 10) congratulated Bhagwant Mann, the Chief Ministerial candidate of Aam Aadmi Party (AAP) in Punjab, on his landslide victory in the recently held state assembly elections. Mann, 48, was a popular standup comedian before he stepped into the world of politics.

Congratulating Bhagwant Mann, Kapil Sharma took to Instagram and shared a photo with his wife Ginni Chatrath and the AAP leader. He wrote that Mann has not only won the election but also the hearts of the people of Punjab. “History remember those who creates history. many congratulations to @bhagwantmann1 paji for his historic victory. you not only won the elections but also the heart of Punjab,” Kapil wrote in the caption.

Punjabi singer and actor Diljit Dosanjh too extended his heartiest wishes to Bhagwant Mann. He too to Twitter and wished Mann, writing, “Mubarkan #Bhagwantmann BHAJI.”

Bhagwant Mann was announced as AAP’s chief ministerial candidate on January 18. The party claimed the decision was taken after it conducted telephonic polls to decide the chief ministerial candidate. Born in Satoj village of Sangrur in 1973, Mann started his career as a comedian. He began his political career in 2011 with the Punjab Peoples Party, which is led by Manpreet Singh Badal.

In 2012, he fought the elections from the Lehragaga constituency but lost.Later, he joined the Aam Aadmi Party in 2014 and contested the election from the Sangrur Lok Sabha seat. Hisimportance in Punjab politics increased when he defeated the veteran leader of Punjab Sukhdev Singh Dhindsa, who was then with Shiromani Akali Dal (SAD).

Mann has been elected to the Punjab Lok Sabha seat of Sangrur for two terms in a row since 2014.

As AAP wins Punjab, it will be the party’s maiden victory in the state and a vast improvement from its performance in the 2017 elections when it had finished second behind Congress.