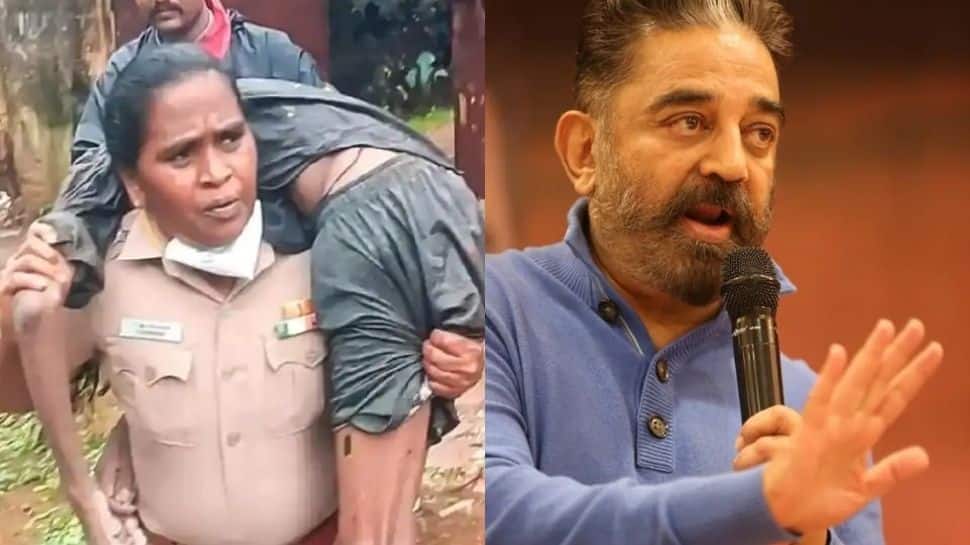 Chennai: Actor-politician Kamal Haasan on Thursday congratulated a woman police officer who saved an unconscious man by carrying him on her shoulders to an autorickshaw and rushing him to hospital.

The actor took to Twitter to congratulate police inspector E. Rajeswari, who carried a 28-year-old-man on her shoulders in a bid to rush him to a hospital after realising that he was only unconscious and not dead as presumed by other bystanders.

Kamal Haasan said, “The duty conscious nature of inspector Rajeshwari, who is seen running even as she carries an unconscious man in a bid to save his life, is astounding. Her courage and service are praiseworthy. My wholehearted congratulations to this role model of an officer.”

The incident occurred on Thursday morning when inspector Rajeshwari is believed to have received a call informing her that a man had died in the T P Chatram area of the city after a branch from an uprooted tree had fallen on him.

The woman inspector who went to the spot found the person to be unconscious and not dead as the others there had believed. With the intention of taking the unconscious man, identified as Udhayakumar, to the hospital, the inspector first carried him to her patrol vehicle before realising that there was an autorickshaw nearby.

A video clip of the inspector`s brave act has gone viral and messages of appreciation are pouring in for her.