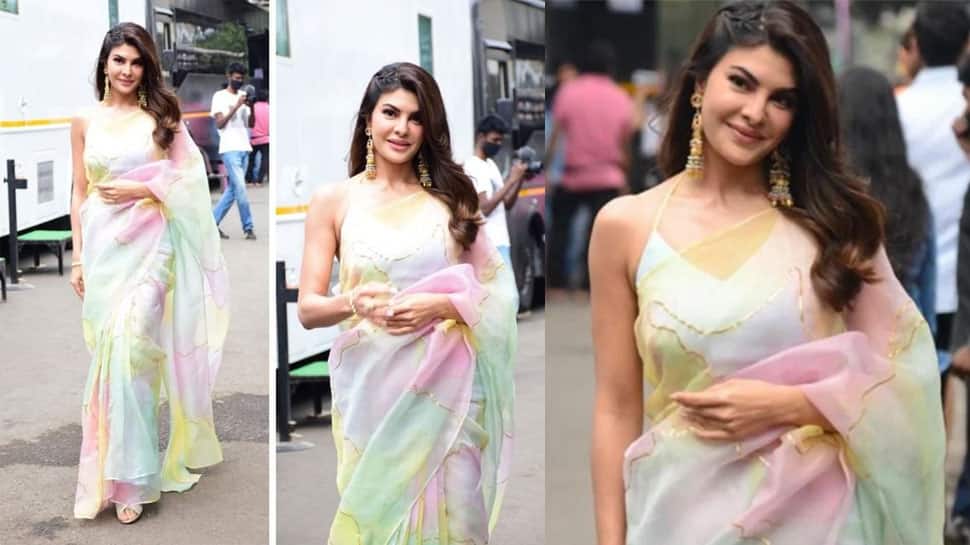 New Delhi: Bollywood actress Jacqueline Fernandez is all set for the summer style and made sure she styles right for her upcoming movie promotions. The stunner dazzled in a beautiful pastel sheer saree as she made her appearance on a comedy show, ahead of the release of her film, Bachchhan Paandey.

On the film front, apart from Bachchhan Paandey, Jacqueline will soon be seen in Ram Setu, Kick 2, Cirkus, and Attack along with a Hollywood project and a few other unannounced projects.

She also is busy with her philanthropic work on Yolo, which she often posts on her Instagram, creating awareness.