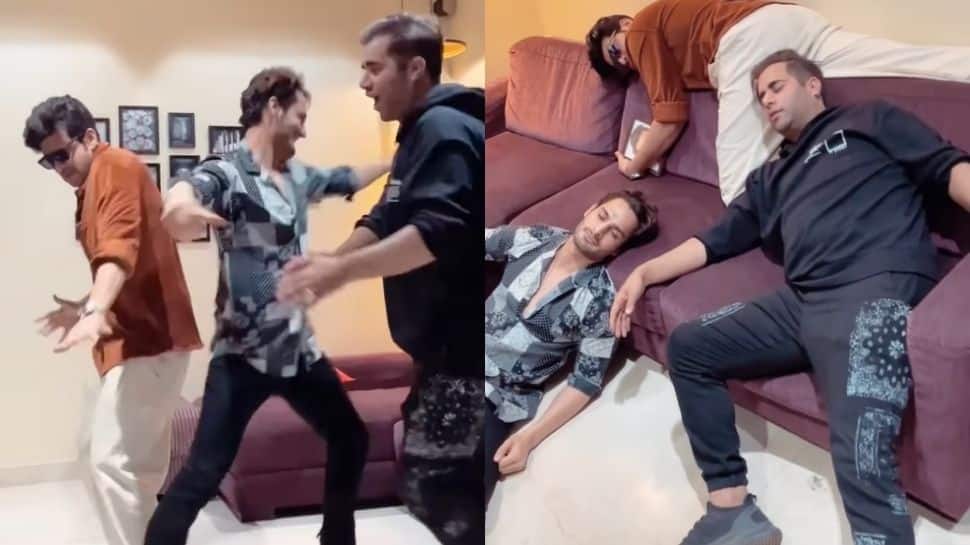 New Delhi: Bigg Boss 15 trio Karan Kundrra, Umar Riaz and Rajiv Adatia had quite a Friday night as the reality show stars were seen grooving to the popular song ‘Tera Ishq Tadpave’ together. In a recent reel shared by Umar Riaz, the trio was seen energetically dancing and having the time of their lives as they grooved to the song.

Fans were pleasantly surprised by their happy reunion and called them the ‘bestest dancers’. Their friendship in the show Bigg Boss 15 was loved by audiences and it seems they will remain good friends even after the show.

Umar shared their dance video on his Instagram and captioned it as, “India’s best 3 dancers.” Neha Bhasin reacted to the video and said that she can’t look at the three of them in the same way after watching this video.

Take a look at the video:

However, Umar did not have a great relationship with Karan’s girlfriend Tejasswi Prakash as they had a fallout somewhere along the show. But Karan tried to make them get along as he wanted to have a good relationship with both of them.

Maniesh Paul, Akanksha Malhotra were also spotted at the party. However, Tejasswi Prakash and Karan Kundrra were excluded and were not invited to the party by the Shettys.