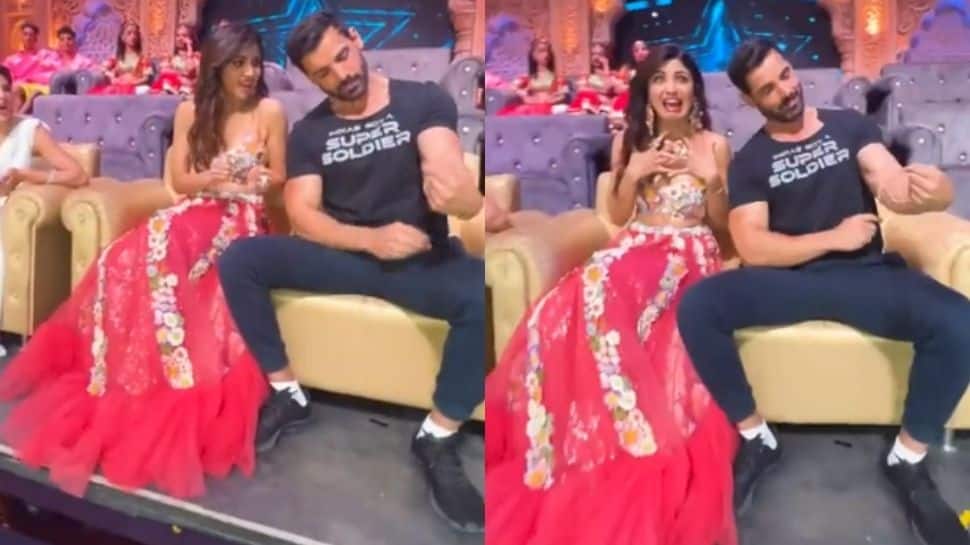 In one of the promos, John Abraham was seen flexing his arms and flaunting his veiny forearm. The veins popping out of John’s arm were quite evident and visible which surprised Shilpa and she let out a loud scream.

Rakul Preet Singh and Jacqueline were also surprised to see that as they watched from the side.

‘Attack‘ is directed by Lakshya Raj Anand and apart from John, it also stars Jacqueline Fernandez and Rakul Preet Singh in lead roles.

The film is a combination of sci-fi angle, high octane action, and drama. The narrative introduces an earthbound super soldier played by John Abraham with ordinary human abilities who becomes a super soldier who can operate beyond normal human limits.

Helmed by Lakshya Raj Anand, Part 1 of ‘Attack’ is a big-ticket franchise based on a world where future wars will be fought on technology and artificial intelligence (AI).