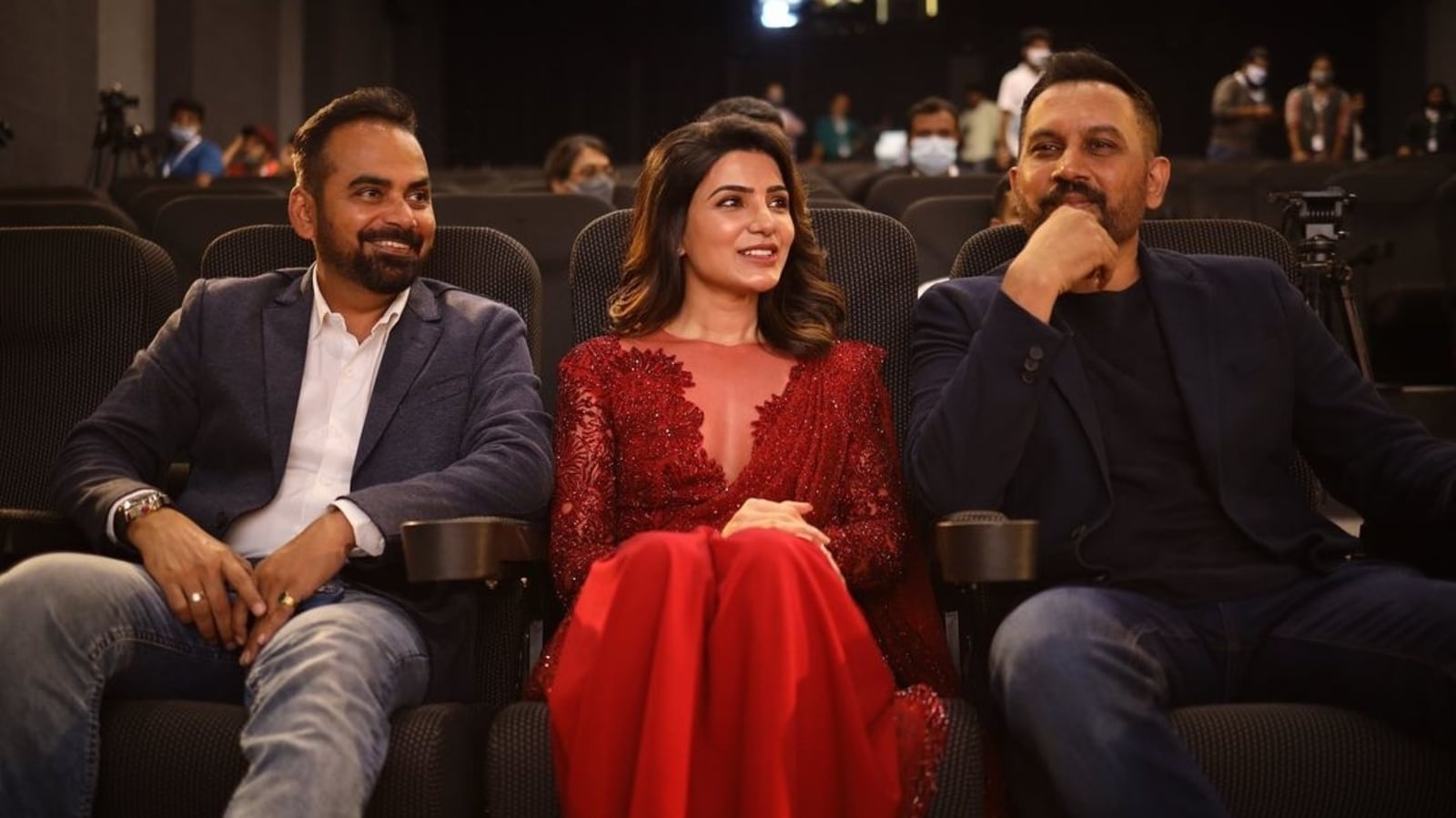 Actor Samantha Ruth Prabhu on Monday shared pictures from the International Film Festival of Goa where she was joined by the creators of The Family Man, Raj Nidimoru & Krishna D.K. Posting the pictures, Samantha described them as people who make all the difference.

Sharing pictures from Sunday night, Samantha wrote, “About last night .. @iffigoa. With the people who make all the difference @rajanddk @bajpayee.manoj #aparnapurohit @primevideoin #TheFamilyMan. An evening to remember.”

As per reports, for the first time, IFFI will feature screenings and masterclasses by members who have made a big splash on OTT platforms. As part of this initiative, Raj Nidimoru and Krishna DK, the creators of The Family Man, took up a masterclass session.

Samantha made her digital debut with The Family Man. In the show, she played a character called Raji, a Sri Lankan rebel who joins forces with her comrades on a mission in Chennai.

During an interaction, Samantha shared what drove her to essay the role of Raji. She said, “As an actor, I always want to push my boundaries and explore unfamiliar emotions. Female actors tend to get unidimensional characters and there is this fear of your performance becoming repetitive – which can happen if you choose roles that are in a familiar emotional space. However, with Raji it was very different and exciting. The role allowed me to explore a new dimension, something that had never been offered to me before. The actor in me could not refuse this challenge.”

Samantha recently ended her marriage with Naga Chaitanya after months of rumours about issues between the couple. Since her split with Naga Chaitanya, Samantha has been busy travelling. She first travelled to Rishikesh, where she visited Yamunotri, Gangotri, Kedarnath and Badrinath as part of the Char Dham Yatra. Recently, she also took a trip to Dubai with her team. She had shared pictures from her trip on Instagram, giving a glimpse of the food she enjoyed and a view from her hotel room.

Meanwhile, Samantha was recently signed for a special song in Allu Arjun’s upcoming Telugu film, Pushpa. The song will be the first dance number of her career.

She is currently awaiting the release of Tamil romantic comedy, Kaathu Vaakula Rendu Kaadhal. The film, which has been directed by Vignesh Shivn, also stars Vijay Sethupathi and Nayanthara.