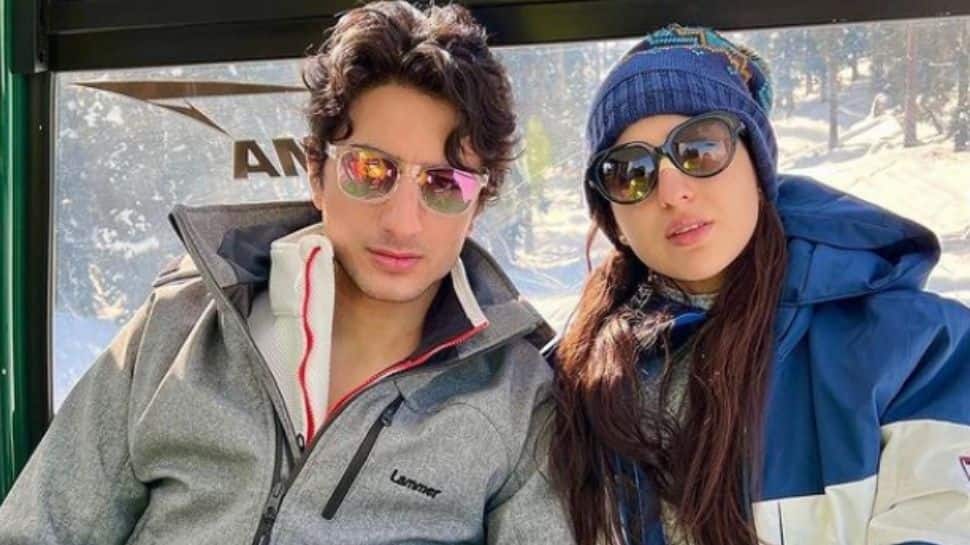 The Pataudi prince, who looks like a carbon copy of the 90s-era-Saif, was showered with heart-warming wishes from B-town on his special day.

His elder sister and actor Sara Ali Khan took to her Instagram handle to post a Reel of them, which had a hilarious voice-over by their mother, Amrita.

In the video, the brother-sister duo is seen on a huge rock, near a river, with Sara sitting and doing first a Namaste and then an Adab, while Ibrahim seemed to be lost in his own world, practising moves like a warrior.

Amrita`s hilarious narration could be heard in the backdrop, in which she says, “Namaste Darshako, aur Miliye in dono bawre bachho se, Sara and Ibrahim” (Greetings viewers, meet these two crazy children, Sara and Ibrahim).

Sara took to the caption and wrote an adorable birthday wish for her `Iggy Potter`, which read, “Happiest 21st Birthday to my baby brother! Mommy is saying Namaste to my Darshaks and you both are celebrating without me today- so it`s major FOMO. I love you Iggy potter. Missing you so much today. Always stay crazy yet sorted, silly yet bright, annoying yet supportive and basically the best.”

Actor Karisma Kapoor too posted a monochromatic picture of Ibrahim on her Instagram story and wished him.

She wrote, “Happy Birthday Iggy” and added a purple heart and a smiley emoji.

Ibrahim is seen smiling at the camera, sporting a plain white T-shirt.