Farhan Akhtar, Shibani Dandekar strike a pose with bride’s mom on her birthday, check out 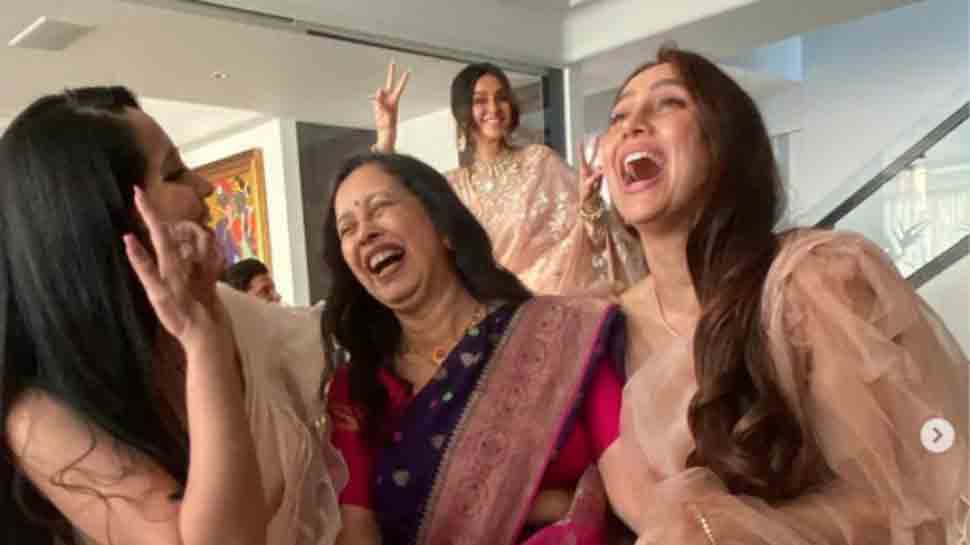 NEW DELHI: Filmmaker-actor Farhan Akhtar and Shibani Dandekar tied the knot on February 19 in an intimate affair on the outskirts of Mumbai. On February 21, the couple registered their wedding. On Friday (Feb 25), the bride’s sister Anusha Dandekar shared some pictures from the registered marriage day and wished her mother on her birthday.

Anusha wrote, “To the Muma of all Muma’s, to all the babies you love, big, small, fur or far… everyone gravitates towards you because you are by far the greatest, most generous, kind and caring of them all… I love you Mumaaaaa.” Shibani also shared one of the pictures on her Instagram stories and wrote, “happy birthday to the person who shows me the kind of woman I want to be! I love you mama! Wishing you a lifetime of laughter.”

The picture shared by Shivani shows the three sisters – Anusha and Apeksha laughing their hearts out as they strike a pose with their mother. Groom Farhan is also posing with his mother-in-law. Take a look at the picture below:

On Thursday (Feb 24), Farhan’s good friend Ritesh Sidhwani’s hosted a private bash for the newlyweds at his residence and invited who’s who of Bollywood.

Farhan Akhtar and Shibani Dandekar got married in an intimate ceremony on February 19 at Javed Akhtar and Shabana Azmi`s farmhouse in Khandala after dating for four years.

Shibani and Farhan had been dating since 2018 and were often seen hanging out together. Born in Pune and raised in Australia and Africa, Shibani acted in Farhan’s sister Zoya Akhtar’s 2015 film ‘Roy’, starring Ranbir Kapoor.

The new bride began her career as a singer and had two sisters in their band named D-Major, before turning into a model and reality show contestant in ‘Khatron Ke Khiladi’ and ‘Jhalak Dikhla Jaa’. She was also one of the television hosts of the 2019 ICC Cricket World Cup held in England and Wales.