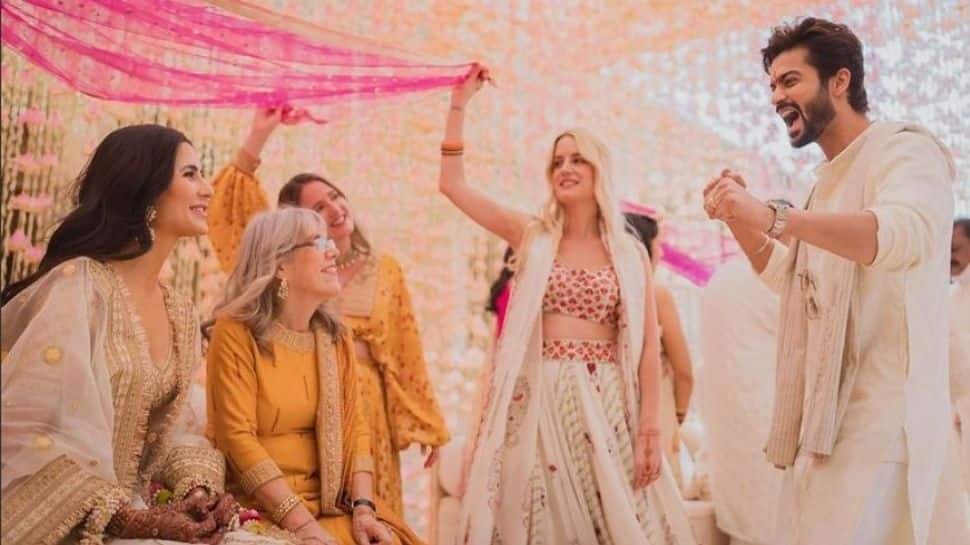 New Delhi: Actor Vicky Kaushal’s brother Sunny Kaushal on Monday shared a set of new pictures and the now his Bhabhi Katrina Kaif has reacted to it.

In the pictures, Sunny looked dashing in an indo-western outfit and he completed his look with a stole. While fans were going gaga over his great dressing sense, it was Katrina’s reaction which caught everyone’s attention.

Her comment received the maximum likes by their fans. Her fans complimented her for the comment and called her the cutest Bhabhi ever.

For the unversed, Katrina Kaif and Vicky Kaushal got hitched on December 9 in a private ceremony at the luxurious Six Senses Fort Barwara in Sawai Madhopur, Rajasthan. The couple also went to the Maldives to enjoy a short getaway as a honeymoon after getting married.

They recently shifted to their new house and are now neighbours of Anushka Sharma and Virat Kohli.

Katrina has also returned to the shoot sets for her upcoming film ‘Merry Christmas’ directed by Vijay Sethupathi. Apart from that, the actor has two films in her kitty – Salman Khan’s ‘Tiger 3’ and Farhan Akhtar’s ‘Jee Le Zaraa’, co-starring Priyanka Chopra and Alia Bhatt.